How We Disappeared by Jing-Jing Lee 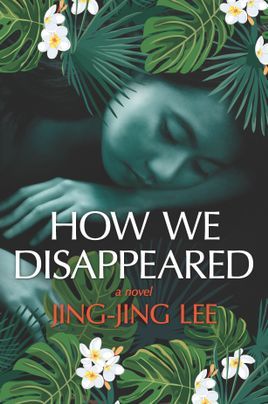 Reading this book was so incredibly frustrating because it sounded really good, but while reading it I was alternately depressed and bored. HOW WE DISAPPEARED has two alternating timelines. One is told in the 2000s by a preteen boy named Kevin, whose grandmother gives him a jarring and frightening deathbed confession that sends him on a quest to discover some of the dark secrets harbored by his family. The other is told during the 1940s, when the Japanese invaded and then occupied Singapore. Wang Di is an ordinary teenage girl whose life is upended when she is kidnapped from her family and forced into sexual slavery as a "comfort woman" for the soldiers.

The beginning of this book is really slow, and it took me over 100 pages to feel engaged in the storyline and characterization. Kevin is a mediocre character-- bullied in school, he is bookish and precocious, but doesn't have much in the way of personality since the whole purpose of his even being a character in the story is to serve as a vehicle to propel the merging of Wang Di's narration and his own, as well as to reveal the secrets of his family.

Wang Di is definitely a sympathetic character, and her story is tragic and harrowing-- more so, because it reflects a very dark time in history, and the stories of very real women in China, Singapore, and Korea during World War II. Her story is broken down into two parts: we see her narrating her story in the 1940s in the first person, as well as a very old women in the present day in the more removed third person. I actually found this really interesting; Wang Di was haunted by her traumatic abuse during the war, and I couldn't help but feel that she was given first person for these segments to show how immediate and personal these memories were, whereas as an old woman, Wang Di felt far more removed from her circumstances, as nothing could really rival what she experienced in the war.

HOW WE DISAPPEARED isn't a bad book by any means. I found it flawed, but there were parts of it I enjoyed. It doesn't shy away from the atrocities of war, and the casualties of the war in the form of women who were taken against their will and ill-used by soldiers who saw them as objects ripe for play or abuse. I also liked how language played a somewhat central role, and how the meanings of certain characters and words were mentioned. I'm currently learning Chinese right now, and it was really exciting to recognize certain romanticized words, like di, and even some of the characters. This imbued the novel with a relevance for me that went far deeper than the surface storyline.

If you are interested in books about WWII or books about Asian history, I think you will probably enjoy this more than I did. But unless you're really interested in these subjects, I don't think the novel has enough substance to really stand on its own and appeal to people who are strangers to the historical fiction genre and are looking for something light and titillating to read.