The Dreaming, Vol. 1 by Queenie Chan 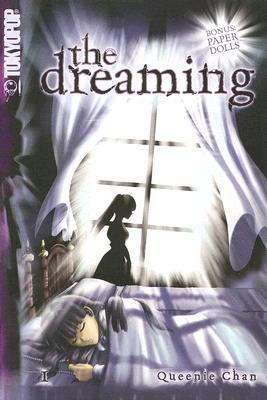 After reading so many Harlequin manga, it feels weird to pick up a manga that isn't about gushy romance, but gushy body parts. You think I'm kidding? Man, this is some creepy shit. I thought it was going to be a light-hearted gothic novel with cute little anime girls but now I'm literally freaking out because it's midnight and someone I know might disappear into the woods.

Jeanie and Amber are twin girls who are going to a boarding college in the Australian bushlands because reasons. They thought it would be an opportunity to connect with her aunt, but she drops them off and then immediately leaves under the cover of night, leaving them at the mercy of the crotchety and slightly creepy teachers, and the older than dirt VP. Almost as soon as they take up residence in the school, creepy things happen. Seances go awry, mirrors don't act normally, things watch them in the shadows, and they have some MFing terrifying nightmares about dead girls frolicking in trees raining blood. OH. EM. GEE.

I was actually very impressed by this story and how thoughtful and mysterious and creepy everything is. Sometimes horror anime goes totally over the top, like Higurashi no Naku Koro Ni, or "When the Cicadas Cry" had a good atmosphere but also relied on shock horror and had a lot of splatterpunk, whereas THE DREAMING is much more psychological in nature and reminds me of Japanese horror films like The Ring and The Grudge in how it relies on atmosphere, emotion, and secrets to keep the story driving to its inevitable and creepy climax.

Even after finishing this review, I still have chills. I'm going to have to stay up for another hour or two reading something that isn't scary. If you enjoy horror movies, you should pick up this book. It is almost cinematic in its delivery, to the point where I could almost hear the wind and the eerie howls. Apparently the story was loosely inspired by The Picnic at Hanging Rock.