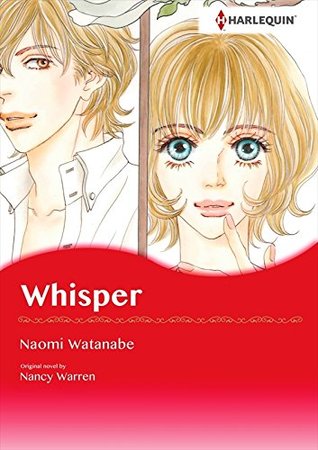 Just when you thought that those Harlequin Presents romance novels couldn't get any fluffier, someone got the ingenious idea of turning them into Japanese-style josei manga. God bless that person, I say. Truly a woman (or man) after my own heart.

Genna is a lawyer hoping to make partner. One day, while sitting outside, she hears this sexy-voiced dude in the garden of her law firm sweet-talking a lady under a magnolia tree. She couldn't see them, but her imagination ran away with her and now she can't get that guy's voice out of her mind.

Nick, Genna's friend, is her friend and her boss. She likes him like a brother, but there's something between them that's not quite platonic.

When her firm has a Halloween party, Genna goes in costume and recognizes the man from the garden (wearing a mask). They end up having an affair, but always in the dark, always anonymously. Part of her wonders who it is... but she's not quite ready to shatter the illusion. I'm a sucker for mistaken identity tropes, so obviously when I realized what this was, I was like :D

I really enjoyed this manga. The art style is gorgeous (sometimes the styles can be a bit hit-or-miss). It actually reminds me of some of the manhwa I really liked in college - for whatever reason, Korean-style manga is much more elaborate and ornate, and that's the style Watanabe's work reminds me of.

I also really liked the story. It's hot. There's great chemistry, the dialogue is good, and the case Nick and Genna are working on parallels their own relationship, in a way, which I always like. Meta is the new black, and all that. I honestly would have given this five stars, except Genna punches Nick in the face and bruises his mouth when he does something that she sees as a "betrayal." And honestly, I'm so over that "women impotently expressing outrage via physical violence" shtick. Hitting is not okay, and she literally had no reason to hit him. It was an overreaction in the extreme.

Apart from that, though, WHISPER was a great story, easily the best Harlequin manga I've read so far. I'm really growing to love these. I rolled my eyes a little when I first saw them, thinking they were a silly cash grab, but some of these artists are incredibly talented and really bring the stories to life. Plus - the outfits! And the scenery! It's glorious!