The Killing Moon by V.J. Chambers 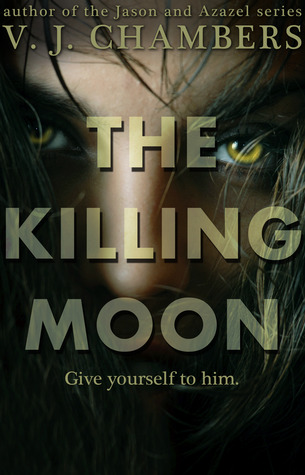 🎃 Read for the Unapologetic Romance Readers Halloween 2017 Reading Challenge for the category of: a romance about werewolves 🎃

The Kindle freebie section can be a cesspool of literary garbage, but once in a while, you dredge up a total gem. THE KILLING MOON, named after an Echo & the Bunnymen song, is like a cross between one of those gritty early 00's paranormal romances and the movie, The Silence of the Lambs.

Dana was kidnapped and tortured by a werewolf named Cole, but their relationship was complicated before that, and became way more complicated afterwards. Now he's locked up and she's a professional werewolf tracker, and she's forced to interact with him yet again because of information he may or may not have about a bunch of werewolf-related murders. It's painfully clear how damaged she is psychologically, and the struggle between the mind and the heart is clear as she struggles to resist the manipulative Cole.

I thought the murder mystery part was very well done. The pacing was excellent and the flashbacks heightened tension and improved the storyline instead of bogging it down. Dana was a sympathetic main character and even though she made some stupid decisions, I felt like they were in line with her character and they never bordered on TSTL - because she's one seriously F'd up piece of work.

Cole was actually sexy and that's testament to the author's skills, in my opinion, that she managed to turn a werewolf serial killer into an attractive love interest. The sexual tension between him and Dana was seriously off the charts. I think what makes it work is that it's clear that he respects Dana and understands her. He's not an alphahole. Avery was also a great male character and I couldn't decide whether I wanted Dana to end up with him or Cole. Hollis, on the other hand? Total slime-bucket. Hated him immediately and wanted him dead by the end. Boooo!

THE KILLING MOON has some disturbing content (rape, gore, kidnapping, etc.), but it was nothing too graphic in my opinion, and it never felt gratuitous. The pacing is tight and I was actually almost late for work one morning because I just had to find out what happened next. I really enjoyed the story and the tone of THE KILLING MOON and am definitely interested in reading the sequel(s).