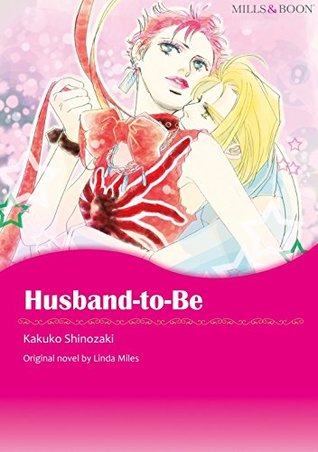 I'm really starting to get into these Harlequin manga. The short, breezy romances translate really well to comic book format & have plots that wouldn't be out of place in most shoujo or josei storylines. This one, HUSBAND-TO-BE sounds cheesy AF, but it's actually pretty cute.

Rachel has a degree in zoology but right now she's hopping from job to overqualified job, mostly as a temp or a secretary. One day, she meets an explorer millionaire named Grant who wants her to work for him because of her unique background.

Both Grant and Rachel are engaged to other people. Rachel's seeing this mansplainer named Driscoll who resents her for her intelligence and sees her as either a tool or an impediment to his own future, depending on what he wants from her at the time. Grant is seeing a woman named Oliva, who is the stereotypical classy blonde mean lady that is so common in romance novels, but she's also smart and runs Grant's affairs for him when he's not around. Despite this, Grant and Rachel feel a connection, & find themselves attracted to one another despite knowing they shouldn't.

I don't normally like stories about cheating and this book was no exception. I take issue with the fact that the author went out of her way to make both fiance(e) as unappealing as possible in order to make the cheating "okay." One of my friends on Goodreads actually posted a review about this pretty recently regarding her feelings on the subject and I really agreed with what she said: she said that if your relationship is that messed up, it's better in the long-term to just break up, and that having another relationship on the side just makes you the bad guy, in a way. Which I think makes sense.

I did like Rachel as a heroine, though. She has a pet tarantula, has short hair, and dresses kind of like a hipster. I liked that she was smart and into science, and she was capable, too. Later on in the story, when there's danger, she doesn't scream and panic. This story was quite a bit different from the last Harlequin manga I read, which was SALZANO'S CAPTIVE BRIDE, and that was much more in line with the stereotypical tropes of alphahole hero and uber-passive heroine.

Overall, I quite liked this book for what it was, although I don't think the title does it justice or even really conveys what the book is actually about. That is one seriously crappy title.