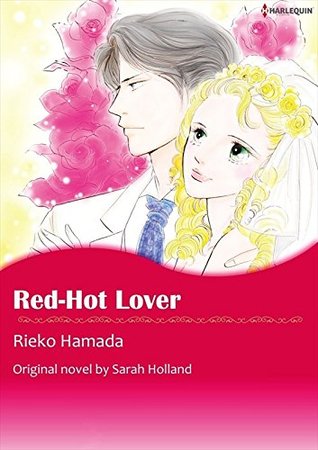 Clara is the sweet girl who plays a villain on a soap opera. Her last boyfriend ditched her publicly because she had no interest in living up to her primadonna stereotype, but luckily the handsome and rich Jared Blackheath was there to pick up the pieces and whisk her away to his love mansion for weeks. She had such a good time that she forgot about her own sister's wedding.

When Clara and Jared get to the wedding, Clara finds that Jared is acting odd - he's tense and angry, and it seems to be directed entirely towards her new brother-in-law. But why?!?!?!

I bought this HQ manga because it was only $0.99. I really like the format of these books, and I think it's a great way to rekindle interest in old romance novels (the original version of this story was published in 1998). They have a fun, old-fashioned feel that makes them charming rather than outdated. Tellingly, no one in these books, not even the rich people, have mobile phones or laptop computers.

The art in here is good. It's not amazing, but it definitely suits the story and doesn't do anything weird... except for Clara's face on the cover. The derpy thing she has going on with the duck face is a little strange. Also, these manga usually open with a full-color panel and for SOME reason, the one in here looks as though it's been colored in with crayon.

As for the story... ehhhh. I've read a lot of "family sekrits" romance novels and this one is pretty stock. I felt bad for Jared, but I was glad he was able to come to some sort of closure in the end (albeit, at terrible cost). There's an incredibly insensitive old lady character in this book who oh-so-casually drops a tragedy bomb after being all, "Oh, I remember you!" ...Guess who's not getting invited to any more dinner parties?

For $0.99 this was decent, though. Manga is usually pretty pricey, and for what I paid, I have to say that this was pretty solid.