The Fortune Cookie Chronicles: Adventures in the World of Chinese Food by Jennifer 8 Lee 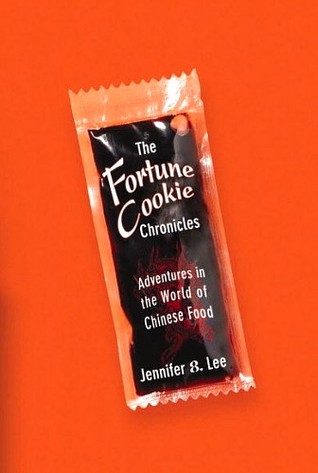 Happy AAPI month! My project for this month is trying to read as many of the Asian-authored books I have on my Kindle that I hadn't been able to get around to for the rest of the year. THE FORTUNE COOKIE CHRONICLES has been on my to-read list for the longest time because it's a collection of linked essays about the history of Chinese food in the United States.

First, a caveat: this was published in 2008 so it comes across as a little dated. Some of the statistics about immigration and demographics are probably no longer accurate now, but that's because it's a product of its times and not bad writing. Second, it bounces around a lot from subject to subject as a lot of other readers have complained. I think that was pretty typical of nonfic at the time, because that meandering style was kind of popularized by Malcolm Gladwell, but it doesn't really work quite as well here.

The hook for this story is about this year where there were 110 Powerball winners. When people looked into it, expecting fraud, they found out it was because the Powerball numbers were a match for the numbers on the back of a Chinese fortune cookie fortune. Everyone who played those numbers who got fortunes produced by that factory won. From there, the author does a deep dive into the history of American Chinese food, delving into the stories behind popular menu items like General Tso's Chicken, Chop Suey, Peking duck, fortune cookies, and even the takeout boxes themselves.

My favorite part of the book was actually near the end, when the author goes to the most famous Chinese restaurant in a variety of countries (Brazil, South Korea, Mauritius, UAE, etc.) and talks a little about how the culture they are in influenced the take on Chinese. I also liked the chapter on Peking duck, which talks about kosher Chinese food and the relationship between Jewish people living in New York and Chinese cuisine. I was a little disappointed that chain restaurants that do Chinese, like Panda Express or Pick Up Stix, weren't talked about, as well as the ubiquitous but entirely inauthentic dish, orange chicken, but I guess in a book like this it's hard to cover everything. The book also covers Japanese history a bit, talking about how the Chinese fortune cookie is probably Japanese in origin.

I think people who like nonfiction books about food will really enjoy this book. I certainly liked it a lot and thought that Lee was a great writer and had an engaging writing style. I just wish there had been a more uniform aspect to the book, though, as it jumped around a lot and some essays were better than others.