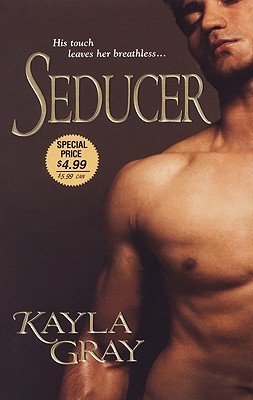 I really wanted to like SEDUCER and at first it was really good. It had an amazing set-up with the heroine, Madelaine, essentially being sold by her father to be a cruel man's bedslave so he can have more money for drink and gambling. She manages to escape and saves another woman named Olivia from the attentions of yet another awful man. The two of them end up bonding over misfortune, as women do, and Olivia tells Madelaine to come with her as her chaperone as a favor, to which Madelaine agrees.

But oh noes, it turns out the American ship they're on is actually a British ship in disguise, and when they change their flags at Barbuda (then British-owned), a pirate ship manned by the terrifying Captain Angel sets upon them. After surrendering, Angel dispatches the crew, except for Madelaine, who has swapped dresses with Olivia last minute. Now he thinks she's the lady who's engaged to a Virginian plantation owner (at least I think that's what he is??) and he's planning on kidnapping her for ransom-- and also bonking her, because he says that he'll spare her maid from being set castaways if she shares his bed, to which she reluctantly accepts.

This had such a good set-up and I was actually in the mood for a darker romance with some dub-con, but the pirate immediately lets her renege, which I thought was a little ridiculous. Also, he's the most incompetent pirate ever. Terror of the high seas? Somehow she manages to steal his knife (which she threatens him with in front of all his men) and his gun (which she threatens him with in his chambers), and despite near-being assaulted by a man who is not all that unlike Angel in terms of forcing his attentions on her, she's just like "well, he didn't handle me CRUELLY" and falls for him. Immediately.

I was hoping for something like Rona Sharon's MY WICKED PIRATE, which had a very nice balance between a forceful alpha hero who still respected the heroine's boundaries sometimes, but instead he came off as wildly inconsistent in terms of personality, like Vashon in Meagan McKinney's TIL DAWN TAMES THE NIGHT. I don't think I'll be finishing this one.