A Song of Secrets by Jayci Lee 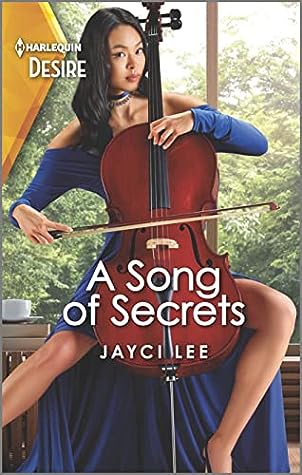 A SONG OF SECRETS was an impulse buy for me. I saw that Jackie Lau had a post of Asian-authored romance novels for under $5 in ebook and I went through and bought a whole bunch of things that looked interesting to me. Ultimately, I didn't really end up enjoying this one all that much, even though I love the cover and the premise.

Basically, Angie and Joshua were lovers in college, until her father forced them to break up (in a really cruel way). Now he hates her, but he also carries a torch for her, and when Angie discovers a secret about him that has the potential to save her floundering orchestra group, she sucks up her pride and asks him to help him: by blackmailing him.

I normally love blackmail romances because I think they add a lot of angst and tension. It's like forced proximity that has leveled up with dark runes. But this was one of the strangest ones I've read because it was fluffy and it didn't feel like there were a lot of emotional stakes. I saw a reviewer who said that they wished their past had been shown and I was like YES. I wish this was dual timeline because I really don't think enough substance was there to make this second chance romance work.

Since this isn't ALL negative, I will say some things I liked. The references to Korean culture, food, and family. The music references were beautiful and some of my favorite passages, especially when Angie is talking about how music made her feel (she had more emotional connection to music than Joshua, imo). Also, the sex scenes were pretty well-written. I don't think this author is for me but I'm glad I gave her a try. People who like kinder, gentler, blander romances will probably love this a lot.