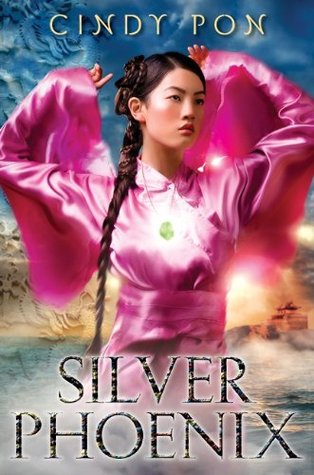 SILVER PHOENIX has been on my to-read list forEVER and I finally caved a couple months ago and bought it but never read it. Now that it's AAPI month, what better time than now to pick it up? And I'm so glad I did. SILVER PHOENIX came out at a time when there really weren't a lot of diverse YA books and the ones that did come out weren't really being marketed properly to see that they would get into the hands of those who would truly enjoy them. One of my friends (Wen) said that this book probably would have done much better if it had released today and I wholeheartedly agree.

SILVER PHOENIX is an epic Chinese-inspired fantasy story that reminded me a little of a YA-friendly version of THE GHOST BRIDE. The whole time I was reading it, I kept thinking what a great C-drama it would make. Ai Ling is a strong determined girl with mysterious powers. Her love interest is a tortured stoic boy with secrets named Chen Yong. There's a hot and evil bad guy, the lovable comic relief, and an exciting portion set in the realm of the Immortals, which was probably one of my favorite portions of this book.

There's a lot to credit SILVER PHOENIX. I loved the heroine and how she could be difficult and that she wasn't some perfect girl character. I loved the monsters and how dark they were-- at times, it almost gave me Inuyasha vibes because of all the creepy monster-murders. And can we talk about how I wanted to eat literally all the food in this book? The food descriptions are everything. We stan.

Where this book failed a little was pacing. The beginning was great, but the middle was peppered with slogs. I found the ending ultimately satisfactory, but hearing that info dump from the dad for closure was... IDK, a take, I guess. There were parts of this book where I couldn't put it down and parts where I was like, "Agh, go back to the good parts!" Because there were a lot of those. ALSO, let's talk about how this doesn't feel all samey as the Fantasy of Tumblr canon does?? It's totally different and it's lusciously dark, so mad props to this woman for pushing the YA envelope. (Now pls do adult fic.)

If you love Asian-inspired fantasy, you will love the Kingdom of Xia.