The Wishing Well by Amy Ewing 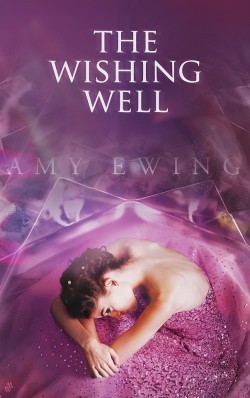 Today is the day of short stories!

I recently read THE JEWEL and THE WHITE ROSE. I don't normally read this "between the numbers" fillers, but this "deleted scene" is free to read here, and I figured why not? Let's dive back into this incredibly f'ed up world and see what else Ewing has up her sleeve. "Bring it!" I say. "Bring it all!"

Surprisingly, THE WISHING WELL is not a story about Violet. Instead, it's a backstory into the secrets of the world revealed in book two. It's also a fantasy story with a moral, kind of like the stories you'd see in J.K. Rowling's BEADLE THE BARD, except far more heavy-handed and without that same level of grace.

THE WISHING WELL is about two sisters who find a magical well and each make a wish. One desires to be the most intelligent in the world. The other wants to commune with nature, because she's satisfied with her life and only wants to be able to enjoy it more.

At first, I was rolling my eyes a lot...but this isn't horrible. I can see why it was "deleted"; it doesn't quite fit with the tone of the overall story and would spoil too much if it were left in book one (as it seems it was originally intended to go), but it does add some insight into the magic system. I guess.