That Game We Played During the War by Carrie Vaughn 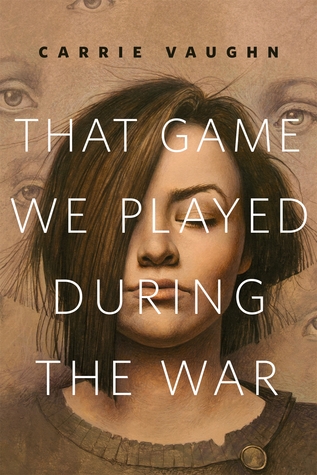 "I remember you. You were kind."

THAT GAME WE PLAYED DURING THE WAR is a Tor.com freebie about two alien races, the Gaant and the Enithi. The Gaant are psychic and the Enithi are not. Previously at war, the two races are now in the process of formalizing a peace treaty, but lingering tensions still remain.

Calla and Valk are a Enithi and a Gaant, respectively. Both were involved in the war, and suffered losses because of it. At one point, she was his prisoner; at one point, he was hers. They share a bond because of chess: a game that they played during wartime; a game that Calla wants to play with Valk now, in times of peace.

You guys know that I love chess. I play myself, and have written about it, too. It's a fascinating game, with so many layers, and Vaughn takes a totally interesting & unique approach to it:

How would you play chess against a telepath?

TGWPDTW is probably my favorite short story that I've read from Tor. The characters are so complicated and likable. The world building is amazingly developed in a remarkably short time. I loved the scenes Vaughn wrote about the war, and the innovations the Enithi took to commit acts of subterfuge against their psychic opponents. I liked how she pointed out that the Gaant would seem terrifying because they would able to read your greatest fears and selfish motivations - but for the same reasons, couldn't use them because they would immediately be exposed to that suffering.

Carrie Vaughn's most famous work is her Kitty Norville series, but ironically, that's the work of hers that I've enjoyed least. I love her other stories, where she gets weird and experimental. She just wrote a science-fiction book that I received an ARC for, and I'm super excited to read it, because if this story is any indication, Vaughn has found her true calling in the marvelous world of space opera.

"The point...is to fight little wars without hurting anyone."