The Princess & the Penis by R.J. Silver 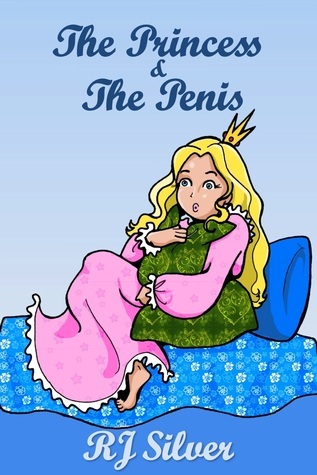 So many of my friends have read this book. It was quite the sensation when it first came out, with people going, "Look at this...omg...is it for real?" A lot of books have that effect on people, but in the reviews, my friends were giving this book fairly high ratings and saying it was so much more than it seemed. "Not smut," they said, "but actually quite clever and witty."

But no, you all had to be so danged secretive. Your reviews were frustratingly vague, filled with laughing gifs, but no details.

No, I had to go out and read the book for myself to get an idea of what it was really about (the audacity!). And, like so many others, I was pleasantly surprised.

This is actually a pretty clever retelling of "The Princess and the Pea" fairy tale. THE PRINCESS & THE PENIS is about a sheltered princess whose virginity is guarded by her over-protective father who wants her to stay pure so he can marry her off to a prince. One day, however, she discovers that her mattress has a lump in it of a curious shape and quality, that is intriguing and pleasant...

Her distressed parents do what they can to get rid of the lump, panicked by the thought that their chaste princess might not remain so chaste for her upcoming wedding if they can't do something about it - soon.

But what is the lump? And how did it get into the princess's bed?

Honestly, I thought this was going to be one of those silly, so-bad-it's-good erotica novels that seem to be a dime a dozen these days, but PRINCESS & THE PENIS is actually a witty, sex-positive satire that urges the importance of sex ed. and sex positivity. I also liked how it implied that men who want to date virgins only tend to be insecure jerks, and that sexual exploration should not be punished.

Plus, the princess's aunts were hilarious. Their comments were seriously A+.