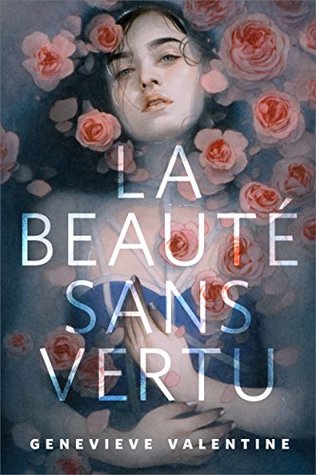 These days they use arms from corpses—age fourteen, oldest, at time of death. The couture houses pay for them, of course (the days of grave-robbing are over, this is a business), but anything over fourteen isn’t worth having. At fourteen, the bones have most of the length you need for a model, with a child’s slender ulna, the knob of the wrist still standing out enough to cast a shadow.

LA BEAUTE SANS VERTU is set in a dystopian society where couture fashion houses take rather extreme and cruel liberties with their fashion models. Their natural bodies aren't enough - they have their arms sliced off and replaced with the slender, emaciated arms from the corpses of fourteen-year-old girls.

Maria, the model of this story, was scouted and taken when she was nineteen. They like her because of her perfect walk and because there's “[s]omething miserable in the turn of the mouth” of her beautiful face. She becomes incredibly sought after, a valuable commodity.

LA BEAUTE SANS VERTU is definitely a scathing criticism of the fashion industry, of how thin is thin enough, and how artificial everything is, from the hype, to the personas of the models themselves, to the actual outfits worn on these fashion shows: ensembles that would never stand up to wear and tear, and are created to be worn once, and sold or discarded.

Are things only beautiful because we know they won't last?

As if all this weren't enough to make me love this story, Valentine works in many references and parallels to Charles Perrault's fairytale, "Diamonds and Toads."

The one who was kind married a prince, and spent the rest of her life granting audiences and coughing up bouquets and necklaces for the guests. The one who refused was driven into the forest, where there was no one who wanted anything fetched, and she could spit out a viper any time she needed venom, and she never had to speak again.

I liked the comparison of models to fairytale princesses. Both are renowned for being beautiful, and many young girls wish they could be both. But there is a darker side to being both a model and a princess, and behind the glitz and glamor, there's a lot of pressure, a lot of objectification, and a lot of misery.

LA BEAUTE SANS VERTU is a beautifully written Tor.com short. I really, really enjoyed it, and I'd love to see a concept like this fleshed out in a full-length novel. I think you could write it the way Paolo Bacigalupi would, and make it a cautionary tale against too much biological engineering. But this short story is good, too, and ends on just the right, judgmental note.