The Obsession by Liliana Lee 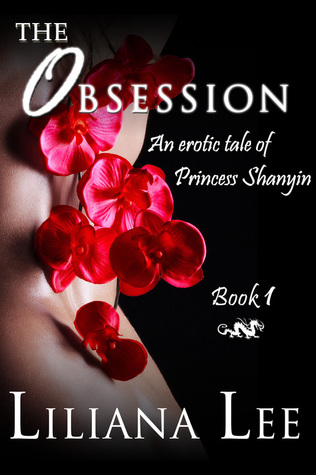 I wanted to read this because I'd seen this essentially described as an X-rated version of THE WINNER'S CURSE set in China. I love THE WINNER'S CURSE and I love historical fiction about China, and this book was free for Kindle, so it seemed like a win/win.

Princess Shanyin is the sister of a depraved and insane emperor who has withdrawn into her own palace to celebrate all manners of depraved and illicit pleasures with a harem of 30 male concubines to accommodate her. One day, she sees the handsome aristocrat, Chu Yuan, at a function and conspires with her brother to use him as a slave for nine days. Nine days to seduce him and get him to perform as a concubine, before he returns to fulfill his duties. But Yuan is proud and filled with anger, and outside her palace walls, a rebellion is slowly brewing. Can she get Yuan to have sex with her before their time is up? And will they both survive it?

THE OBSESSION is a book I wanted to love, because not only does it subvert the typical "duke of slut" trope (in this case, a woman is the lecherous tyrant who is slowly won over by a hard-to-get and virtuous man), it also has a background of political intrigue and betrayals that was fascinating. Plus, I'm pretty sure that Liliana Lee is the pen name of Jeannie Lin, who is an incredible historical romance author.

My issue with THE OBSESSION is that it's basically smut with plot. Not a lot of plot, but some. What little plot there was, was excellent. That ending had my heart in my throat. But the vast majority of this book is sex, and it's extremely graphic sex written in a style that didn't really appeal to me. There are some words that I just don't like to see used in sex scenes, and this book used several of them ("slit," for example, is just...ugh, gross). It's not really consensual sex, either. Both the hero and the heroine do things that would fit neatly within most people's definitions of rape. This didn't bother me as much, but I know it's a dealbreaker for some readers.

Overall, THE OBSESSION was an interesting story, but not really for me. If there was more focus on the court intrigue and the sex scenes were spaced out, I think I would have liked it more. If you're a fan of high-brow historical erotica, though, THE OBSESSION will be an excellent pick for you. :)