Girls of Paper and Fire by Natasha Ngan

I am so cheesed off right now that I'm having trouble putting my fury to (virtual) paper. This is CHILDREN OF BLOOD AND BONE all over again. People were singing this book's praises for being diverse!fantasy featuring not just a heroine of color, but a heroine of color who was a lesbian. How could this be bad? I asked myself. The advance reviews were great, and almost unanimously positive. It was an F/F romance set in a fantasyscape based off Malaysia, one of the most culturally diverse places ever. It sounded so freaking good, and I could not wait for it.

But it was not good. Not even close.

Problem #1: The heroine is a raging Mary Sue.

Per the synopsis, every year, the Demon King chooses eight human girls to be his teenage concubines (gross). This year, they've decided to go with Nine: Special Specialton herself, Lei.

Lei is cast in the vein of every Mary Sue ever, although for some reason, people are adoring and forgiving her for her utter self-aggrandizing blandness in this book where they condemned Bella Swan for it. She has ~special eyes~. Even though she's fully human, she has gold eyes the color of a demon's, and if that doesn't scream, "THIS IS MY ORIGINAL CHARACTER, MOONLIGHT SONATA RAVEN EMORY RAINBOW!" at you, that's probably because you've written more than your fair share of Moonlight Sonata Raven Emory Rainbows.

She has one character flaw: she's clumsy. For the first 50% of the book she's tripping over everything. I think it's supposed to be endearing. Since when does having too many inner-ear infections as a child make you better than the rest of the human - I mean, "Paper" - race? She's also shooting her mouth off all the time, and people seem to love her for that too. And her particular brand of sarcasm is basically the teenage equivalent of a toddler stomping his foot and saying "NO!" Oh, wow, so brave! So defiant! Like, please. This dumb papery-ass little shit wouldn't know Brave if she saw it at Disney.

Her actual character flaw: she's a hypocrite. She is constantly railing against the Demon King, and yes, he's an awful guy. But then right after he nearly sexually assaults her, she immediately turns around and says "Haven't we waited long enough?" when kissing Wren and Wren asks her to wait. It's like, oh, I'm sorry, I didn't realize that consent was solely a heterosexual concept. When she says WAIT, you wait, b*tch. This becomes a pattern, with love that is definitely insta and super possessive. Lei clearly considers Wren "hers" before their relationship is even consummated, and despite being a feisty, sarcastic, papery little shit, apparently this is her trademark and no one is allowed to do it, because she is mad AF when she finds out Wren is keeping secrets from her.

Lest you say, "Nenia, wait, you read bodice-rippers, and this seems kind of like cherry-picking when compared to the bodice-ripping that goes on in what you read." This is true, and I appreciate your perception and strawman reasoning. The difference between bodice-rippers and this book is that bodice-rippers don't purport to be empowering, woman-loving feminist literary masterworks, and were not advertised to me as such. If there's one thing I can't stand, it's hypocrisy. You can write garbage and I will read it gladly, but tell me it's art or classy sh*t, and I will come after you. #TheEnd

Problem #2: The writing is not good

The phrase "I grit back a glower at this" literally appeared in this book, in case you need an example of why the writing was not good. This is written in a style that I call "Basic B*tch YA." The language is simple, the dialogue wooden, and there's a few nice quotes thrown in for people to put on IG or Pinterest, and trick people like me into reading the book thinking it's going to be good. This is the literary equivalent of a movie trailer where the movie is so bad, the trailer is basically a reel of the only salvageable moments from the film because otherwise nobody would want to see it.

Also, there was so much "purring" and "shoulder-rolling" that if I didn't know better, I would have thought that Sarah J. Maas had waltzed in and seized control of the narrative. Lord knows, Bellei Swan is just as annoying as Celery Saltine-thin. The two of them should start a bowling league.

Problem #3: The world-building was not good

"Lush fantasy" my sizeable rear-end! Moon-caste, Paper-caste, Steel-caste. Despite a few made-up insults to show scorn at those beneath them, I did not feel like this caste system was really adequately displayed, especially since we didn't see much of the Steel caste at all. While reading about these anthropomorphic animal-beastmans, I kept thinking longingly of Inuyasha, which I thought did a really great job of showing just how disposable humans were, and how annoyingly superior and classist demons were. Just look at how lesser demons like Inuyasha and Naraku were treated.

Second, why is the Demon King still in charge if everyone hates him and he can't produce heirs? What was the dealio with the rebellion that led him taking the Paper castes to bed in the first place? Why weren't the Xia mentioned earlier so they didn't seem like a Deus-ex-Machxia later on? The world-building in this book was garbage, and the idea of the teenage concubines just seemed like a salacious hook to lure people in with the promise of reading something illicit (like me *cough*). The magical powers and totalitarian regime were so badly done, and made me think longingly of Avatar: The Last Airbender, where there was cohesion in the Asian-world-building, as well as the magic and culture and oppression tactics of those who were in power.

I'm very angry at myself for falling for the hype of this book - it's like I never learn my lesson. I really want to support PoC authors and books with PoCs, but I will never do that with a book that I, personally, think is bad. YMMV, and if this is the book to make you feel appreciated, validated, or acknowledged, then that is wonderful. But to me, it felt like just another watered-down YA fantasy. 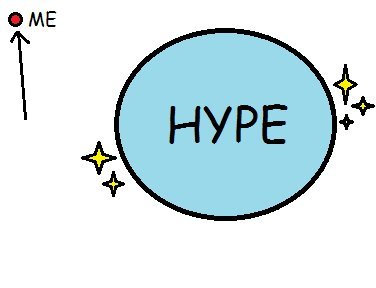