Not A Mistake by Amber Belldene 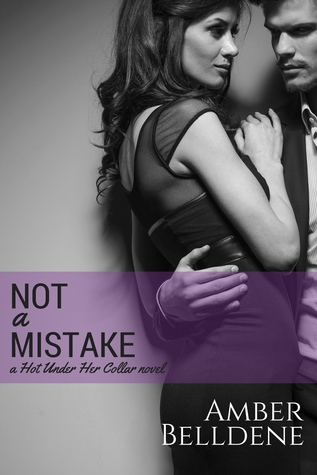 Why does this book not have infinitely more ratings than it does? The quality of the writing and the characterization are better than many books gracing the best-seller lists right now, and yet NOT A MISTAKE remains obscure.

This book came to my attention because of my friend sraxe's review. I thought the premise of two priests falling in love after an unplanned pregnancy sounded interesting, especially since she said the religion aspect was handled in a really thoughtful way.

Dominic was Jordan's seminary school teacher. Both were attracted to one another, both unsuccessfully tried to fight it. On the night of her graduation, they have sex, which results in an unplanned pregnancy. After some deliberation, Jordan decides that she wants to keep the baby, although she's afraid to tell Dominic because she knows that he will absorb all of the guilt and make it completely his "fault" - which he does.

NOT A MISTAKE is how the romance between them unfolds when Dominic decides that he wants to be involved with both Jordan and his unborn child's life. They have great conversations about compatibility and what makes for a lasting marriage. They also have great conversations about their experiences with relationship mistakes and what makes for unhappy marriages.

Given that this book has a religious context, you could probably imagine that not everyone is too pleased with this couple's doings. There are more great conversations about ethics and responsibility, including a wonderful reason as to why student/teacher priest/parishioner relationships are so problematic, even if they are consensual. I also liked how the author showed the sexism that Jordan often faces as a female priest, and some of the double-standards that occur because of it.

NOT A MISTAKE is a great love story between two priests who used to be student and teacher. Fans of intelligent new adult books will like this, as will fans of priest romances, liberal-minded christian fiction, and student teacher romances. In some ways, this book was highly reminiscent of another student-teacher NA I read, called HOW NOT TO FALL, but I liked the characters in here a little better.