How to Speak Emoji by Fred Benenson 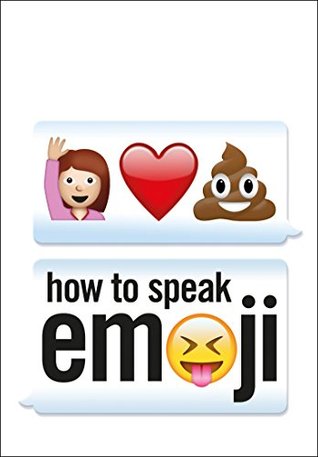 Emoji are like emoticons 2.0. Some people find them annoying. Some people, charming. I think it depends on how and how often you use them. HOW TO SPEAK EMOJI doesn't really cover this, though - it's not an etiquette book.

Rather, HOW TO SPEAK EMOJI briefly discusses some of the most popular emoji and then offers possible uses for them, whether it's a song title, the name of the TV show you're watching, or what that bad Chinese food did to your colon (running man + toilet + poop).

Some of the ideas in here were very clever but many felt forced. Especially some of the pop culture references. Don't pick up this book expecting anything too serious. I think it was written to be silly and fun. It would be a great coffee table or novelty book, but wouldn't be useful for too much else.