Body and Soul by Hiroko Miura 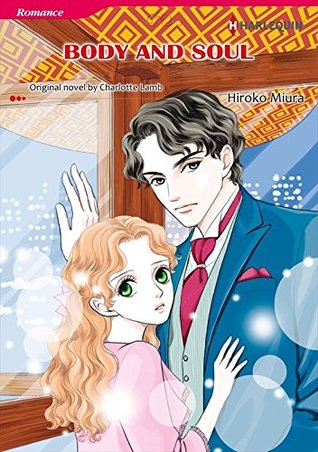 I finally got my hands on one of the Charlotte Lamb adaptations. This is a Big Deal because Lamb was - and still is - one of the biggest names in the Harlequin romance community. She wrote over 160 romance novels, which is an insane amount of books to have on your backlog. I mean, can you imagine? Plus, from what I've heard from friends, she preferred her heroes to be more on the psychotic side, of which I fully approve (being a writer of psychotic heroes, myself).

BODY AND SOUL is about a secretary named Martine. Her boss, Charles, is a German banker and even though he's much older than she is, they have a very close and warm relationship. One day, Charles announces that he's hired a new protege, Bruno. Martine and Bruno have met before: he wouldn't yield to her at a door and they got stuck in it together. She thinks he's very rude and he assumes that she's sleeping with her boss and treats her dismissively for it while also being jealous AF.

Later, Charles reveals to her that he has a tumor that appears to be inoperable and he'd like her to be closer to Bruno. But Martine already got "closer," and now she's pregnant as a result. Not knowing Bruno is the father, Charles takes pity on her and offers to marry her, which Martine rejects. He continues to be in her life anyway, as Bruno gets more and more jealous and more and more dismissive, treating her - and, later - even Charles - like garbage.

Good thing it was all a big misunderstanding and they can live happily-ever-after, right? Right? RIGHT? Haha, I love it when garbage people get happy endings. Nothing like a dude spending 90% of the novel sneering at you, only to remember human compassion in the last 10%. It's always kind of annoying to me when a dude's hero's journey consists of him learning that women are people too, wow!

I did like Martine's close relationship with Charles and I wish he had been the romance hero instead, even though he was so much older. It was so touching how much he cared about Martine and her baby, and the plot with his cancer was so touching and sad, as was his depression and the way he talked about his late wife. Including him in the narrative was a mistake, because it only served to highlight Bruno's unpalatability, like putting aged Kobe beef next to a shit steak.