A Secret Vengeance by Mio Takai 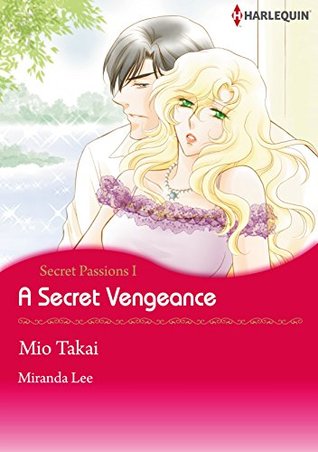 I am not a fan of "the other woman" trope in romance novels at all so if you feel the same, you probably won't like A SECRET VENGEANCE as it's about two generations of women, both of whom were "the other woman" in the same damn family. Also, the blurb for this book on Goodreads is ridiculous and inaccurate. The heroine in this book is described as "a young temptress who deceives elderly men" who is "desperate to avoid falling victim to the same trap she has set." Um, WHAT? No, she isn't. She's a physical therapist or some shit, not a honey pot expert. I swear, some people need classes in blurb writing...

Celia starts out the book having herself a grand old time with a nude swim at the cabin where her mother and her lover used to have sexy fun times (hence the "temptress" label, I guess). Imagine her shock when the son of her mother's lover stalks to their cabin and catches her naked, thinking that she's the "other woman" who's been sleeping with his father all these years.

When Celia hears the name "Jessica", she knows that Luke is looking for her mom, but he's so agitated and her mother is so distraught over his father (Lionel)'s death that she decides to take one for the team. As it turns out, Luke's mom was raped when she was young and except for the wedding night, she never let Lionel be intimate with her, forcing him to turn to other women (i.e. Jessica) for solace. He also didn't tell Jessica he was married when they met, so by the time she found out, she was already too in love with him to leave. Wow, what an asshole.

Luke is also engaged to be married to a girl named Isabel but that doesn't stop him from trying to put the moves on Celia, first after he catches her nude swimming and then again after he finds out the truth about Jessica's mom (and he's drunk off his ass). The main source of angst comes from the fact that neither one of these dumb kids want to be like their cheating parents, but they're exactly like they're cheating parents. It tries to say that cheating is okay if it's done with love, but that just feels like a means of rationalizing bad behavior to me. Lionel could have divorced his wife and married Jessica instead, rather than ruining her reputation and forcing her to meet with him in secret.

At least Luke did the right thing and broke things off with Isabel after he slept with Celia but man, he took his sweet time about it. It's better to break things off before you cheat. I thought there would be some drama with Isabel but she was chill about it, because she wouldn't stand in the way of love. Lols, probably she realized she dodged a major bullet by moving out of Casa de Cheata.

I was thinking I'd give this three stars but I'm deducting a star because in typing this out I'm realizing how stupid this all was, and how much it annoyed me. If you're also annoyed by other woman storylines you should probably give this manga a miss.