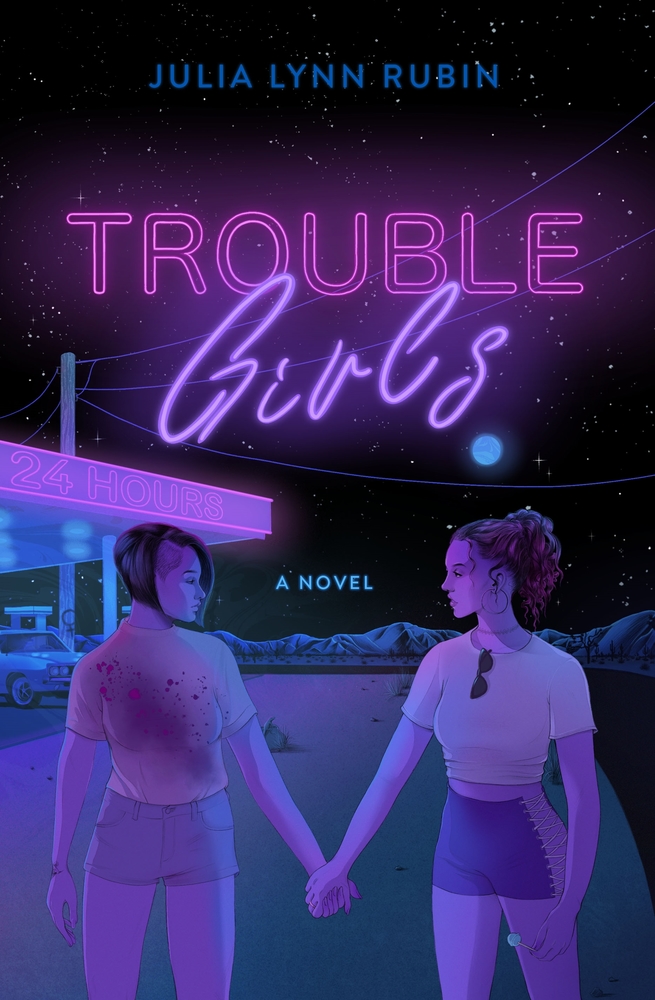 UGH. Okay, so first things first-- despite the low ratings for TROUBLE GIRLS, it is not a bad book. I would even go so far as to say it is a very good book. It is just very unsatisfying. As a reader, I look for closure-- especially in a book that deals so heavily in trauma. And while it is ultimately up to the author to decide how they end their work, and while it is true that not all stories have happy endings or even endings at all, from a reader perspective that kind of sucks.

I pushed through TROUBLE GIRLS because I was desperate to see what happened. Lux and Trixie are from the Rust Belt and a night of assault puts them on the move to escape the consequences of their actions, because who will believe their story? And what should have been a fun summer road trip ends up turning into them both running through their lives, taking refuge in diners, motels, and even strange hippie communes, sometimes joined by other enigmatic and equally tragic figures.

At the same time, their disappearance triggers a nationwide discussion about #MeToo and the expectations for women when it comes to victimhood. Should there really be a "right" way to be a victim? And how do we frame discussions about assault in a way that doesn't assign blame? This book tackles all of those subjects in the background of a friends-to-lovers romance between two desperate, haunted girls, and it's beautifully tragic.

I just wanted more closure after getting so invested in their stories. This was like Courtney Summers's SADIE all over again.