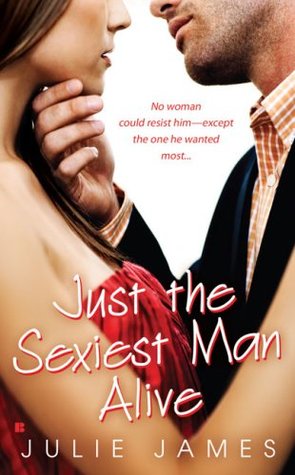 Reading this book was a rollercoaster of emotions because I started out thinking I was going to really enjoy it and ended with kind of a sour taste in my mouth. In my review of Meg Cabot's SIZE 12 IS NOT FAT, I talk a little about how some of these aughts contemporary romance novels end up being a hard sell in the present day because they have so many, uh, less than ideal messages embedded in the text. On the one hand, I get it, product of the times, yadda yadda. On the other hand, eek.

So the premise of this book is actually really great. The heroine, Taylor, is a lawyer at her firm-- a very good one who apparently has never lost a case (sure_jan.gif)-- and right now, she's in the middle of a sexual harassment lawsuit she's pretty sure she's going to win. Unfortunately, her boss has a favor to ask. And by favor, I mean, she's been voluntold to let some celebrity follow her around as he brushes up on his new role.

The celebrity is a guy named Jason Andrews who is, as far as I can tell, a sort of Brad Pitt/Ryan Reynolds megastar.

It starts out with Taylor basically hating him on sight. Which made sense-- he's an arrogant asshole who wastes her time and expects her to let him just because he smiled at her. I actually laughed a couple times because of how she got him back for some of this shit. But then... the book never really graduates from that. Jason decides he likes her because she's Not Like Other Girls. She doesn't want him, which means he wants her, which feels like a toxic page ripped fresh out of He's Just Not That Into You. You also definitely get the sense that Taylor is a Pick Me girl. She thinks she's empowered, but she says and thinks pretty unflattering things about other women, and she's a lawyer who literally spends all her time defending men on sexual harassment charges and there's, like, NO cognitive dissonance. How?? I mean, towards the end, we're treated to a scene where she's essentially telling this woman "how do you know my client's sexist remarks are what offended you? you're getting a divorce and you're mentally unstable." Wow, Taylor. Why was that scene even necessary? Are we supposed to applaud?

One of the worst moments, though, is when Taylor gets a concussion and she wakes up, thinking that she and Jason might have done something. And one of the excuses she comes up with to tell him, to defend herself, is "I'm a ho." No. If someone does something sexual to you while you are passed out from a concussion, you are not loose or easy. You are a victim of a rapist who took advantage of you. And the jokey way that this was just sort of mentioned was really icky, especially considering her work. It really made the character feel like an internalized misogynist who upheld men over women, and after what happened today with abortion rights in America especially, that was a pretty big yuck.

This was written over a decade ago, so that's why it feels so dated. A lot of chick-lit from the aughts was like this-- it talked a lot about weight (BTW, Taylor is a size two who has skinny Splenda lattes for breakfast and everyone in the book thinks she's a model because no way could she be hot AND smart). Romance novels didn't used to be known for rocking the boat, so a lot of them kind of just ended up being reflections of the values that society at large deemed acceptable at the time. Sometimes I can swallow my feminist pride and sort of enjoy the story, but the insta-love between the characters and the fact that Jason never really changed, made this book a really hard sell for me. I loved the lawyer stuff (it made me wonder if the author was a lawyer herself?? it felt pretty authentic) and at first I really liked Taylor's character, but it was bogged down by aughts douchery that I would rather forget.