The Other Man by Farhad J. Dadyburjor 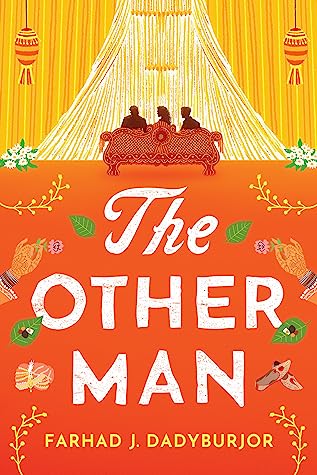 Well, it's Pride Month, and even though we should all be reading diversely year-round, I try to up the ante in June and make books by and about the LGBT+ my primary focus. I think I picked up THE OTHER MAN during Amazon's World Book Day, but I hadn't read it until now. The illustrated cover makes it look like it's going to be one of those fluffy rom-com books... but it isn't really that. There's not a lot that's fluffy about this book, actually, and there is a lot of cheating, so if that is something that bothers you, you might want to give this a pass.

One thing to keep in mind while reading this book is that it is set in India, prior to the overruling of Section 377, which made homosexuality illegal in India. The hero, Ved(u), is a closeted gay man who is afraid to come out because it is literally illegal and he doesn't want to shame his parents because he knows that they have expectations for him-- expectations that involve marrying a woman.

Ved is a workaholic and an executive of his father's company. But he lives a double-life. He uses Grindr to hook up and have anonymous sex with other men. It's not really wants for himself, but after getting hurt by another man years ago (11 years his senior, secretly engaged), he doesn't really have a lot of emotional availability left. When he meets a Brazilian-American named Carlos who's in India on business, though, the man seems like he's his perfect match: emotionally available, affectionate, interesting, and open to new experiences. But this time, Ved has a dark secret of his own. He's engaged to be married, too.

I can see why some people took issue with this book. The cheating is a lot to stomach-- and what makes it even harder is that both of the people he's cheating on, Carlos and his fiancee, Disha, are really likable people. Ved comes across as incredibly wishy-washy and kind of a user, but considering his position and the weight on his shoulders, I could understand why he had such an internal struggle.