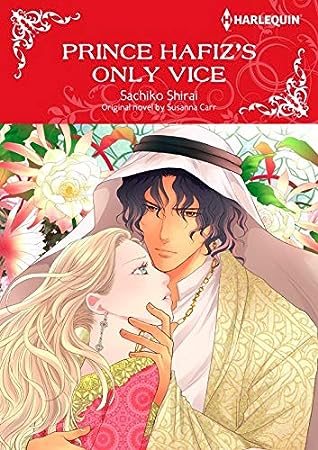 Ever since I read E.M. Hull's THE SHEIK, I realized that there was something about these sheikh romances as a sub-genre of romance that was really putting me off. Was it that it felt like the last-bastion of twentieth century Orientalism? Was it that all the made-up Middle Eastern countries felt like a lazy way to sidestep all that, as if drawing from a culture and then obscuring the source somehow excused poor research and outmoded stereotypes? Or was it something more?

Actually, it was kind of all of that. I've never read a sheikh romance I loved. Like Native American romances, sheikh romances fall into the trap of using the superficial trappings of real people's culture to titillate and awe while ignoring the deeper cultural heritage and history (especially the ones that make white people look bad).

I want to be clear that this is a flaw that applies to MOST sheikh romances and I am not just calling out this one specifically, even though this book contains many stereotypes that apply. As far as offensive tropes go, this one is relatively light on those (so, um, yay?). I'd hoped PRINCE HAFIZ'S ONLY VICE would be great, but the beginning of the book literally opens with Hafiz entering a marriage of convenience and telling Lacey, the heroine, she can be his mistress since she is the one he really loves. And she, the smug twit, basically tells him that she's an American she won't do that.

As if Americans don't have mistresses?? Girl, have you BEEN to a romance bookstore? His [BLANK] Mistress is like the title of 809,234,342 Harlequin Presents novels.

Hafiz is the prince of a fictional nation called "Rudaynah," which as far as I can tell, seems to be Saudi Arabia wearing a fake mustache. Anyway, Hafiz's dad tells him that he'll reinstate him as crown prince if he ditches his American girlfriend and marries the girl he picked out. Apparently Hafiz lost his inheritance ten years ago, for having yet ANOTHER American mistress. So obviously Lacey is not happy and is preparing for her epic, teary flounce back to the United States...

Also, I would just like to point out that Hafiz's appearance is quite whitewashed, whereas the bad guys in this book have more stereotypically ethnic features. Disney's Aladdin has been accused of doing the same thing, and has been rightfully called out for it, but it made me sad to see it here.

Anyway, it turns out that the bad guys want to "ruin" Hafiz by broadcasting his indiscretions on TV. But don't worry-- everything ends up happily-ever-after. The bad guys are unmasked, Scooby Doo-style, we find out that Hafiz's brother really isn't so bad, and Hafiz ditches his country for her because love.

I'm giving this two stars and one of those stars is solely because the art is gorgeous. The story gets a one, and looking at the abysmal ratings for the novel version of this book, others seem to agree. Hafiz is a very weak hero. He tosses away his right to rule on a dime to be with a woman and if that's how he feels, maybe that's for the best. But honestly, I wasn't really digging him with the heroine, either. When he tells her about his first mistress, he says he was immature. Well..... he still is. Yikes.

And the heroine-- moving to another COUNTRY for a man who hasn't even told her "I love you," and then acting surprised when he doesn't want to marry her?? I feel bad for her but... are you surprised? Dudes who can't even muscle up the commitment to say the L-word aren't marriage material. Also, she was kind of a low-key racist. All that garbage about how Americans are too pure to enter into mistress relationships (L-O-L) and how he was "forcing his customs on her" in his OWN COUNTRY were... actually, never mind, that's the most realistic element of the book.