Her Broken Alpha by Isoellen 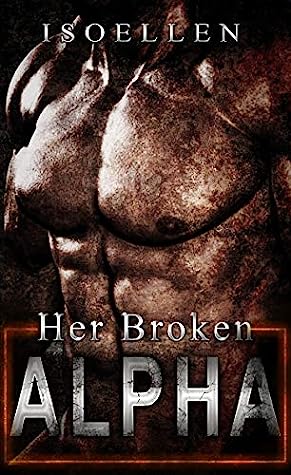 I freaking loved CHOOSING HER ALPHA because I feel like Isoellen really subverted a lot of the tropes that can make Omegaverse fiction so hard to read. In some ways, it was a lot like Zoey Ellis's CRAVE TO CONQUER, which I also liked, only with way less rape. Now, anyone who comes looking for Omegaverse books but feels uncomfortable with the literal torture porn element of some, I'm going to turn them to Isoellen, who actually makes an effort to have a heroine with agency and at least some sort of semblance of consent and/or care for the heroine's well-being (even if sometimes said consent comes out looking more like dub-con).

When I found out HER BROKEN ALPHA was out, I was so excited. It's been a while since I read a book where the sequel wasn't published and was anxiously awaiting the series countdown. I downloaded this the day it was released and fully expected to love it. And then... I found myself getting really bored, and setting this aside repeatedly, over and over, before trying to get back into it again and admitting to myself that it wasn't as good.

There are a couple reasons this didn't work for me. The hero swears so much. I don't even normally care about swearing (in fact, I've been known to swear quite a bit sometimes, myself), but everything in the book was fuckin' this and fuckin' that and it got really, really annoying. I also didn't love Naya as much as I loved Sascha. Sascha was such a bad-ass heroine and the author managed to make her heat actually really funny. I'm not sure if it was supposed to be funny, but I found myself chuckling at some of her antics. Naya was much more in line with the usual omega trope: childish, helpless, and naive.

I also didn't like the hero much. Not only is he in mourning for an OW, he's also much cruder than the hero in CLAIMING HER ALPHA. Brutish cavemen just really don't do it for me unless they're also suave and fiercely intellectual. I think that's why CLAIMING worked for me so well. Even though the hero was a dominant hero, he had elements of a "gamma hero": he could be conniving and ruthless. This hero is more like what you see in Motorcycle Club romances and badly written highlander romances: he's very crude,and the whole dynamic feels very "Me: Tarzan, You: Jane."

I was really disappointed with this book. Maybe I'll come back and finish it someday but probably not. Will definitely be checking out other work by this author, though. CLAIMING HER ALPHA is my favorite Omegaverse romance that I've ever read, and I know she'll be able to achieve that greatness again.