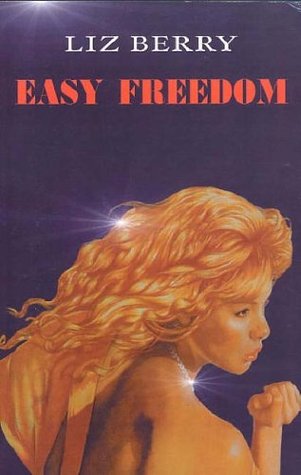 Towards the end of the book, one of the characters describes Cathy's situation as being like a bad soap opera and that is literally the perfect way to describe this duology. It has the kind of toxic, relationship-fueled drama that you normally don't see outside of shoujo manga or old school Harlequin Presents novels. The previous book, EASY CONNECTIONS, is literally about a young woman who is raped by a rock star who uses his fame and connections to manipulate all of her friends and family into gaslighting her into being with him and having his baby-- oh, and did I mention that this is a book... for teens?

EASY FREEDOM takes off where the last book ends and Cathy finds out that it isn't so easy being Dev's wife. Not just because he's just as cruel and uncaring about what she wants out of the relationship, but also because of his best friend, Chris, who's decided he wants Cathy. Not only that, but it's also implied-- heavily in this book and in the subtext of the previous-- that Dev and Chris have or have had a sexual relationship in the past, so either way, she's got the two of them.

EASY CONNECTIONS made me really, really angry. EASY FREEDOM also made me angry, but it also made me really depressed, too. As with the previous books, I don't think you can really read these as a romance. It really is like a soap opera, and the drama is so over the top. I'm sure many a teen and their parents were scandalized by these books when they came out, as they read like many popular new adult books coming out these days do. That said, I was invested enough to find out what happened to the characters, even if I didn't particularly like either of them. Their story was so addicting.

If you're into manga like Hana Yori Dango, or like Harlequin Presents, I think you'll enjoy this book. If you're looking for something light and sweet, however, you aren't going to find it here.