The Mirror Man by Jane Gilmartin 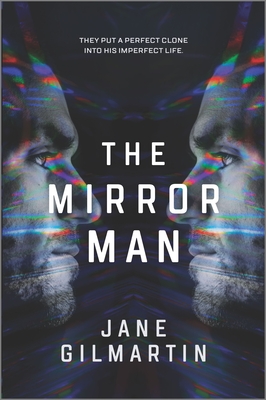 I won't be surprised to see this getting the hype of Blake Crouch's DARK MATTER when it comes out in June. THE MIRROR MAN isn't just a speculative exploration of the nearing horizons of advances in biotechnology, it's also a striking tale of what makes us human, and how we're defined by our actions.

Jeremiah is a marketing manager for ViGen pharmaceuticals. When he accepts $10 million in exchange for a year of his life to participate in an illegal cloning experiment, it feels like a more than fair trade. All he has to do is take Meld, an experimental drug that allows for mind transfer and mindsharing, go to regular therapy sessions, and monitor his clone on TV monitors.

But ViGen's intentions are far shadier than they initially let on, and as Jeremiah watches "his" life fall apart around the clone, he starts to get a very unflattering picture of what he's like as a person. Worse, he's powerless to change anything that happens. Pretty soon, Jeremiah begins to second guess his decision to participate: but reneging may have an even higher cost.

On the surface, THE MIRROR MAN is very similar to cheesy techno thrillers like Paycheck (2003) or Replicas (2017). The whole "playing god with science" for fun and profit is a theme that's been popularized in the science-fiction genre with the help of people like Michael Crichton. I think what sets THE MIRROR MAN apart is that it tries to be more sensitive to both sides of the issue. There really aren't any easy answers in this book, and our ethics as we make new advances and discoveries, evolve right alongside our scientific technologies. It's hard to say for certain what's right and wrong.

I really enjoyed THE MIRROR MAN. The claustrophobic atmosphere of the book was really relatable since I'm in quarantine myself right now, and I felt like the author did an incredible job making the book so fast-paced considering that huge swaths of it are just set in a single room. It could be cheesy at parts, but at others it was chilling, even devastating. I read it in a single day.

Anyone who enjoys techno thrillers will enjoy this. I did, immensely.