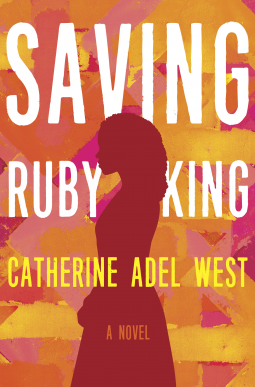 SAVING RUBY KING is a book that sneaks up on you with its emotional intensity. At first, it's a bit hard to get into because there are so many POVs and characters, but all of them are carefully intertwined into the story, forming a tapestry that ends up serving as a microcosm of the African American community in Chicago, and their stories represent a number of really complex themes, from cycles of violence and abuse, to how friends can end up being the families you choose as your own, to toxic relationships, and how the secrets we carry with us can weigh us down like millstones. By the time I was a quarter of the way through the book, I couldn't put it down. I'm playing a video game I'm obsessed with right now, and I set aside that game during one of the key parts in the story to read SAVING RUBY instead.

The vast number of characters do make it hard to follow what's going on, and I can't really sum up what the book is about too much without giving the story away (and this is one of those books where less is more, really). But basically, the story opens up with RUBY, whose mother has just died under suspicious circumstances. RUBY is the daughter of ALICE and LEBANON, who is abusive.

RUBY turns to her friend, LAYLA, who is the daughter of the community preacher, JACKSON. JACKSON and LEBANON are friends, but their friendship is fraught with inequality, because Lebanon is emotionally manipulative and a taker. LEBANON's mother, SARA, is dying of cancer, and when she was younger, she abused her son the same way he abused his family. SARA was also the victim of abuse, at the hands of her father, SAUL. As it turns out, SARA is friends with JACKON's mother, VIOLENT, and also ALICE's mother, NAOMI. Their friendship is as intense as the friendship between RUBY and LAYLA and LEBANON and JACKSON.

The story comes to a head when all of those friendships end up revealing sinister ties.

The numerous time periods and POVs could be confusing, especially since there is this omniscient narrator POV called "CALVARY" and I couldn't figure out if it was being told through the POV of the church as if it were a person (the church they all go to is called Calvary), or if it was supposed to be the ghost of one of the dead characters watching all this go down. Either way, it was a lot to take in and I imagine that this book won't be for everyone simply because of the way it's told (content aside). It's also a very dark and at times, depressing story. The subjects in here are hard to talk about and hard to listen to, reminding me in some ways of THE HATE U GIVE, only for adults, in how it shows the devastating toll that violence can take on a community.

I enjoyed this book a lot more than I thought I would, and grew to really appreciate the unusual narrative style. A lot of times, multiple POVs feel unnecessary and bog down the story but here it was like a puzzle where every piece felt crucial to the overall picture.