Under His Heel by Adara Wolf 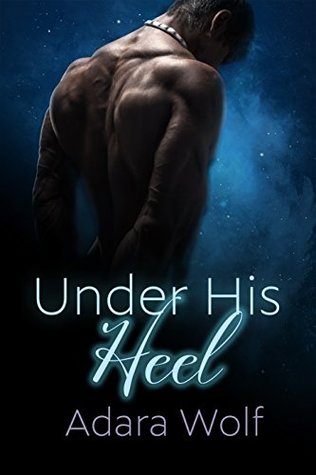 Some people are going to be put off UNDER HIS HEEL because it features brutal non-con sadism and scat (pee-drinking). I actually wasn't that shocked by anything in here because I've read so much erotica that I'm hard to shock at this point. I was more put off by the unpolished writing, lack of connection between the characters, and the fanfiction vibe: it felt like something someone had written for fun, almost as if the author was relying on the existence of preset characterizations within a preexisting universe to set the stage, rather than doing any of the legwork. I'm not sure if this was actually p2p, but it kind of read that way to me.

UNDER HIS HEEL is about Alex, a petty criminal who ends up selling himself into sexual slavery to pay off his and his brother's debts. Unfortunately for him, the man who buys him, Captain Tracht, is a gleeful sadist who likes to flaunt his slaves before his crew, and he gets off on pain and exhibitionism-- and if he can have both, so much the better.

I did like the starship setting and initially I thought UNDER HIS HEEL had a lot of potential. But it was just humiliation scene after humiliation scene and there wasn't a lot of thought or emotion behind anything that was happening. The comedy also seemed ill-placed and gave this story a very odd, tone-deaf vibe that I didn't really think fit the content, even if I chuckled a few times at some of Alex's more stupid decisions. I think if you like fanfiction a lot and are a really big fan of slash-fic, you'll probably like this, but I wasn't that into it, unfortunately.