Call the Coroner by Avril Ashton 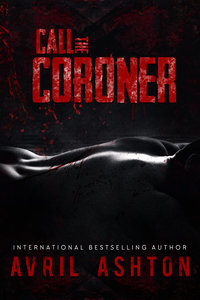 Daniel and Stavros are both crime lords with terrible reputations. Stavros is the man who gave Daniel his scars and killed his wife, so Daniel decides that he's going to get revenge. He kills all Stavros's men and then takes him prisoner, torturing him slowly. But Stavros gets off on the whole thing and they end up becoming attracted to each other and when a rival cartel lord frees Stavros to level the playing field, Stavros decides it's only fair to pay Daniel back.

All the trigger warnings for this book are pretty accurate. Some books try to get cute with their warnings and use them to sell books. This one is actually helpful. I felt like I was prepared for what I was in for pretty well so nothing came as an unpleasant shock. The content was graphic but not to the point of being distasteful, even if it was sometimes hard to read some of the more descriptive passages of torture. I liked how fucked up the relationship was between the two characters and I was impressed about how the author made it work, and how they forged tenderness out of cruelty.

Only downside to this book is that the author had some weird writing tics. In the beginning of the book, everyone was winking all the time. In the second half of the book, the author fell in love with the phrase "bottomed out" and started using that all the time. There's also weird telegraphic syntax patterns where the author has passages where they just have one or two word sentences and it gets a little distracting at times because while sometimes it works, other times it breaks up the flow.

Anyone who likes really dark love stories will like CALL THE CORONER. I see that this is part of a series of cartel books and I'm actually really excited because practically the only cartel books I've enjoyed were books one and three in Karina Halle's Dirty Angels series. This one has joined the ranks.