The Stranger Beside Me by Ann Rule 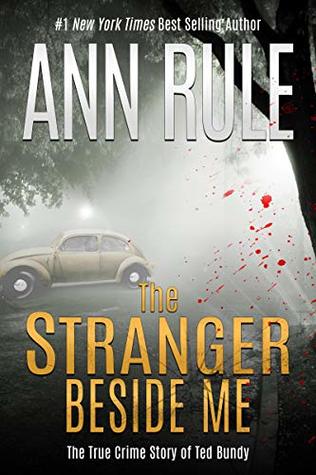 I bought this a little while ago because this book has been on my radar for a while and like most people in the public, Ted Bundy name was a familiar one that elicited fear. He killed and raped women by pretending to be injured and luring them to his car, before dumping the bodies. He was an evil man, and the public has a fascination with evil men. People talk about serial killers with awe, make movies about them, write books about their crimes, and it's weird to put people who commit large-scale crimes against humanity on the same scale of importance in our pop-cultural lexicon with athletes and scientists. It feels almost like a celebration of their crimes, even though I know it's (hopefully) not meant to be that way.

Ann Rule was a famous true crime author who worked in crime and law, and understood how things worked in a way that some crime authors don't. She was also in a distinctly unique position in that she worked alongside Ted Bundy himself at a crisis hotline for people who were considering suicide and even thought of him as a friend. Naturally, she was horrified when she found out who he was and what he had done, and I think her brain was frantically trying to do damage control, to figure out how-- or even if-- she'd been fooled, and why.

There's nothing wrong with THE STRANGER BESIDE ME on a purely technical level. The writing is fine and it seems well-researched. It just feels incredibly dull reading about the ordinary private life of a man who committed huge crimes. I don't want to hear about his family life, and I don't want to get to know each young woman whose life he cut short, and who probably died in fear. I don't think crimes like these should be normalized, and if THE STRANGER BESIDE ME was an exercise in catharsis for Ann Rule and gave her the closure she needed, that's fine. But I personally felt bored and a little despairing while reading this, and that's not what I want to feel when I read.