The Risk by S.T. Abby 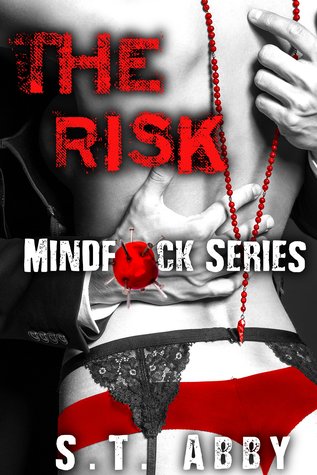 THE RISK was a book that I fully expected to hate, so you can imagine my surprise when it actually ended up being a cat-and-mouse game of awesomeness. Lana is a female serial killer who's systematically dismembering and murdering the dudes who abused her when she was young. Logan is an FBI agent who specializes in bringing killers like her to justice. The two of them are dating, and Lana knows exactly who and what he is. Logan does not, yet, but Lana is starting to get sloppy.

I've read a lot of books where authors try to go the dark route and they bomb. S.T. Abby doesn't bomb. The dating scenes are done really well and would actually be super cute if you didn't know exactly what Lana is doing. We know what Lana is doing because the author shows us, and even though she doesn't wallow in the gory details, she still shows us enough to be shocking.

Helping Lana is a childhood friend, Jake, who knows everything about the violence committed against Lana and the violence she's committing to avenge herself. He doesn't approve of Logan, but he's also kind of nauseated by violence, so it's possible he could end up being a problem later.

The story ends on a major cliffhanger, and that brings me to my main issue with the book. Everything about this story was perfect except the length. This is one of those serialized stories that's super short and broken up into multiple installments instead of being, you know, a normal, full-length book. I get that this is probably an easier way to not just make money but also cater to fans in a timely, but it's pretty frustrating from a reader standpoint. I'd rather just wait and have the whole book, thanks.

I'm deducting a star for the ridiculousness of the story length because this literally ends right after a reveal and clocks in at just over 100 pages according to Goodreads. It's just too short to be good.