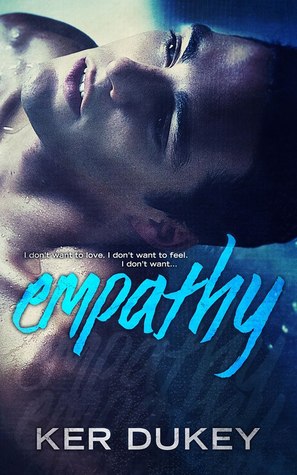 My first encounter with this author was through her PRETTY STOLEN DOLLS book that she wrote with K. Webster. PRETTY STOLEN DOLLS was a Pretty Stupid Book, but since it was a joint effort, I wasn't sure who was to blame for the suck and figured, hey, it's been several years and maybe she's honed her craft and this is gonna be awesome.

EMPATHY is about two psychotic brothers who - you guessed it - are lacking in empathy. One of them is chaotic good (a contract killer who's acting out his revenge fantasies through the violent murder of his pedo father), and the other is chaotic evil (a violent, misogynistic incel who enjoys exploiting women). Between them is one woman, the idiotic Melody, who makes questionable life choices. #1 bad choice: courting these two assholes.

Also, I'm down for sociopathic heroes, but I'd prefer that they were done well and don't just spend most of their narrative gloating about how bad they are.

This could have been a fun train wreck to watch, but the writing was absolutely terrible. I couldn't get into it at all. It's clunky, amateurish, and totally dragged me out of the story. I'm surprised at how many people gave this book high ratings, that's how bad it was. I guess most of them probably aren't grammar sticklers like I am - each example of bad syntax was like an unscratchable itch that kept pulling me from the story. If you like good grammar, do not read. Bleh.