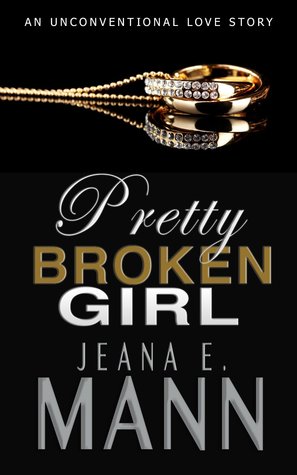 I wouldn't be Queen of Literary Garbage Cans™ if I wasn't on here reading deliciously trashy fiction brought to you courtesy of the Kindle store. I'm actually trying to focus on reading books I already own, which is why my latest slew of reviewed books has been so weird. I've hoarded almost 1,000 books over the last four years, and my taste has changed a lot since then. This particular book was scored from the Kindle freebies section, and was something I probably wouldn't have even bothered to pick up if my trusted book whisperer, Heather, hadn't recommended it to me first.

Here's a true confession: even though I like the idea of second-chance romance, I often say I hate it, because when I read books in that genre, they're almost never done correctly. I love it when two characters start off the book hating each other and wanting revenge. When it's done right, it usually ends up being a favorite. But 9 times out of 10 it ain't done right. PRETTY BROKEN GIRL does it right.

Sam and Dakota used to be married...until Dakota betrayed him. For six months, she cried herself to sleep every night before getting over it and putting the past behind her, where it's firmly stayed in the backs of her mental closets - until she finds out that he's her new boss and plans on making her life hell. Slowly, piece by piece, we learn about how they met, how they fell in love, and how she betrayed him, as their story is told in alternating past and present, switching between their two POVs. And it's freaking exhilarating.

I don't normally like dual POV or alternating timelines but it really worked for this story. When these two characters first meet, they hate each other - with good reason. But their past gives that simmering hatred some unresolved sexual tension that sets the pages ablaze. I also liked learning about their past, and the inequality between them (Sam was rich, Dakota was poor), and how Dakota felt powerless with her lack of choices and undeserving of him. Whether or not that excuses what she did is up in the air, but I definitely didn't think she was TSTL. Not at all.

If you're into love-hate romances, second chance romances, rich-guy/poor-girl romances, and boss/employee romances, this book has all of that, and it still manages to do it in a way that doesn't read as being totally cliche, knocks down some of the usual stereotypes, and has enough angst and emotional content to keep you anxiously flipping the pages. Heather doesn't usually steer me wrong, and I'm happy to say that this recommendation from her was yet another win.