Look What You Made Me Do by Elaine Murphy 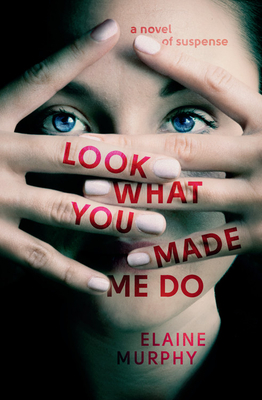 LOOK WHAT YOU MADE ME DO seems to have escaped the notice of a lot of my friends. Most of them haven't read it, which surprised me, because usually when I pick up a thriller there's at least 2-4 people I can reliably count on to have read it. I was really intrigued by the premise of this one because it's about a girl with a serial killer sister who's been blackmailed into helping her dispose of the bodies. It sounded kind of like Oyinkan Braithwaite's MY SISTER, THE SERIAL KILLER, only with two white girls, so obvs I was down.

Carrie has known that something has not been quite right with her sister for years. The thefts, the hidden cruelties, the lack of remorse. Under their parents' lack of authority, Becca blossoms into a full-blown psychopath, and Carrie goes from unwitting patsy to unwilling disposer of bodies. With her sister threatening to frame her for her crimes lest Carrie ever narc, it seems like Carrie is trapped in this cycle forever. Until a new serial happens on the scene.

I liked the first half of this book better than the second, although I liked both halves. Part of me kind of wishes that this was a YA because I felt like the dynamic between Becca and Carrie when they were young was really interesting, and how often do you read a YA mystery with a female psychopath? The second half was good but took some wild turns I wasn't expecting and kind of ended up becoming a "suspend your disbelief" rollercoaster.

LOOK WHAT YOU MADE ME DO is a really fun book and I read through it in just two days. I'd definitely check out more from this author as I think she does morally gray female characters really well. If you enjoy books about disturbing ladies doing disturbing things, this is your jam.