No Filter: The Inside Story of Instagram by Sarah Frier 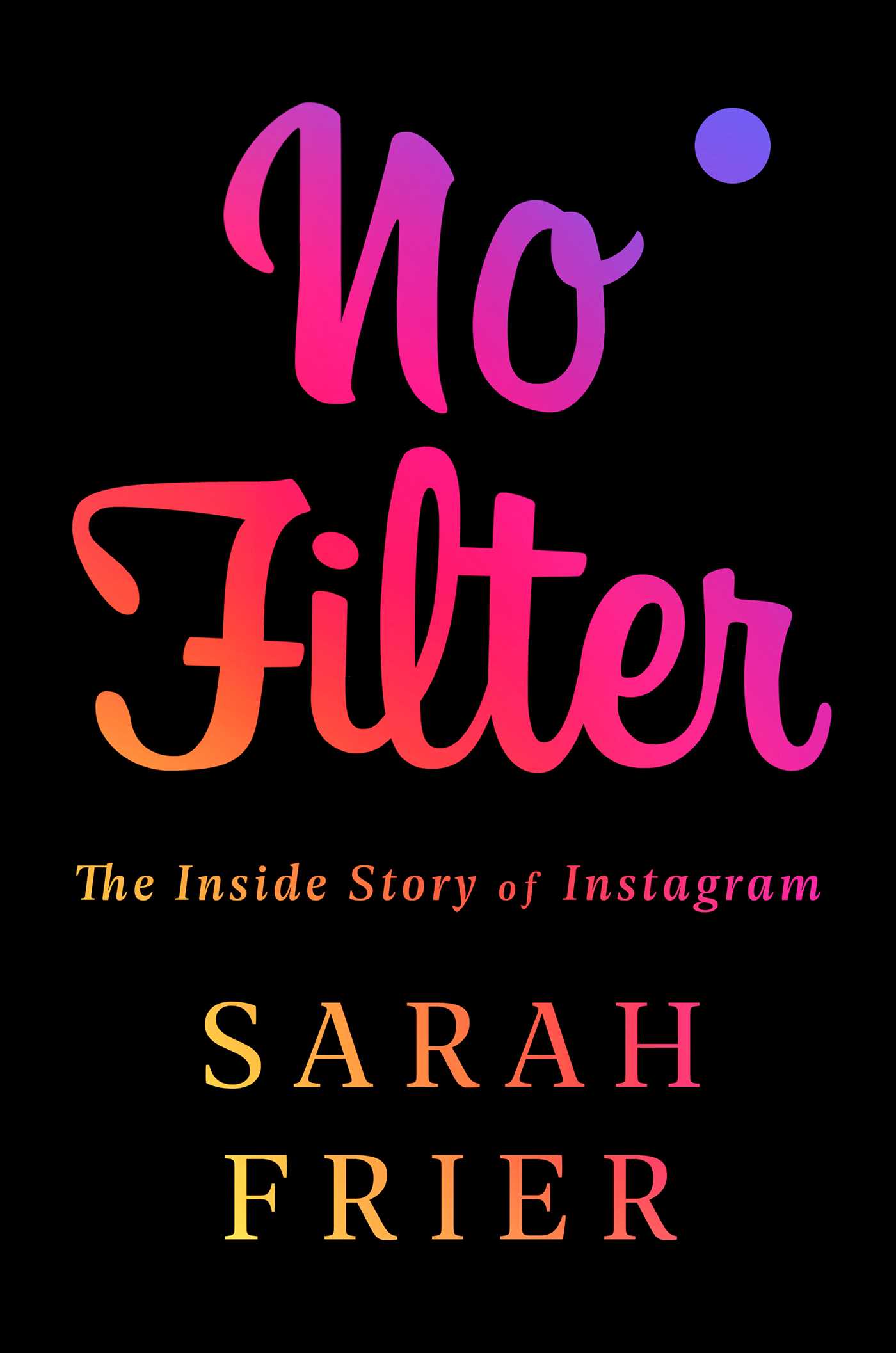 Instagram is an app that I probably use every day. I post what I'm drinking, what I'm reading, what I'm wearing, what I'm eating. I probably don't use it the way you're supposed to if you want to game the algorithm, but I've curated it in a way where posting there makes me happy. It's perhaps not as controversial as Twitter or Facebook, but its prominent "influencer" culture and "more perfect than perfect" lifestyle it embraces has led to a lot of warped ideas about consumer culture and body dysmorphia.

So, what exactly is Instagram, really, and how did it start?

In NO FILTER, Sarah Frier does her best to write a #nofilter take on Instagram, from its hard scrabble beginnings as a tech start up, to the noteworthy acquisition by Facebook, to the departure of the CEOs from the company due to constantly butting heads with the Zuck. It's written in a highly digestible gossipy tone that isn't afraid to spill the tea. And that tea-spilling is what totally makes this book unputdownable.

NO FILTER cemented my suspicions that Mark Zuckerberg isn't a very nice man. It sheds some light on how some of the algorithms they employ work, as well as how much data they really have on us, their unsuspecting and highly profitable audience (a lot). It was really interesting to see the schism between Facebook's and Instagram's cultures, and how the rift between the two companies widened as Instagram remained profitable and successful despite Facebook's many media gaffes.

I think my favorite portion of the book was about the influencers and how they became wildly successful at what they did. It's such a new concept, the idea of "ordinary" people who are only just slightly better than you or me, using something called "parasocial interactions" to sell products. It's like Mary Kay, only less obvious, and were it not for the #ad or #sponsored hashtags, a lot of us would probably have no idea that those staged and polished photos were meant to hawk product.

I would recommend this book to anyone who uses Facebook or Instagram and wants to learn more about startup culture and the sometimes cutthroat world of social media companies. Instagram definitely comes off looking better than Facebook, but they made some mistakes, too, and I liked the emphasis on content moderation becoming more necessary as apps look to become more socially conscious in their business practices, especially with regard to bullying and malicious behavior. It's beautifully written and completely fascinating. The ending ends up being somewhat bittersweet, as most of us who use the app know that Instagram ended up being devoured by the proverbial monster.

Will something better come along one day to replace it, making Instagram the Myspace of picture sharing? Perhaps. In the meantime, I'll keep on posting my books and gardening pictures, thanks.