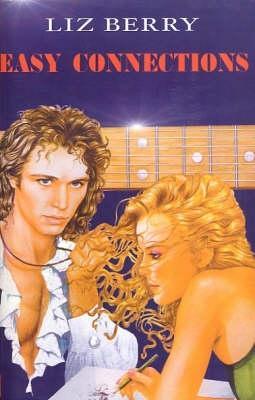 EASY CONNECTIONS is a book you're either going to love or hate. I find that it helps not to read the book as a romance, but as a grim character study of a girl who is years ahead of her time and has that spirit crushed slowly as she's gaslighted by all the backwards people around her who are so entrenched in their internalized misogyny that they push her to end up with her abuser.

The "hero" of this romance rapes the heroine right in the beginning of the story. This is not a spoiler: it happens in the first fourth of the book. The heroine, Cathy, is understandably traumatized and goes off to try to rebuild her life and her emotions, focusing on her art and seeking out relationships. Dev, the "hero," regrets his actions only when he realizes that 1) Cathy isn't a groupie and 2) she's never been with another man before him. He sets out to pursue her in a way that makes Christian Grey look like a boy scout.

Cathy, meanwhile, learns that she is pregnant even as she's beginning to get recognition for her brilliant paintings. With Dev lurking one step behind her, she finds herself at a terrifying crossroads that no girl should have to face alone-- what is she going to do? Her friends and family all think she should marry the jerk and cast aspersions on her character, and Dev and his band mates terrify her with their life of excess. It feels like she's got a brick prison on the one side and a gilded one on the other. There is no win-win.

Reading this story gave me serious Hana Yori Dango vibes with the whole problematic rich guy pursues plucky lower-middle-class girl storyline, but Dev is way worse than Tsukasa, in my opinion. In some ways, it also reminded me of Nina Pennacchi's LEMONADE, although Dev really doesn't grovel the way the hero of that story did. It kind of felt like Dev just bullied the heroine into doing whatever he wanted, which is why I don't really feel like this is a romance.

I'm giving it four stars because it fascinated me the same way that bodice-rippers fascinate me, and I thought it was a really great story in that it portrayed realistically awful characters (except Cathy, who I loved), and an interesting snapshot of 1980s Britain as its caught between the old (tradition, bucolic farms, rigid societal expectations) and the new (punk rock, chaos, social justice). This is definitely what my mutuals refer to as a "problematic fave," and I'm shocked that it was sold to a YA audience, but my friends recommended it to me because of its dark storyline, and they were right.