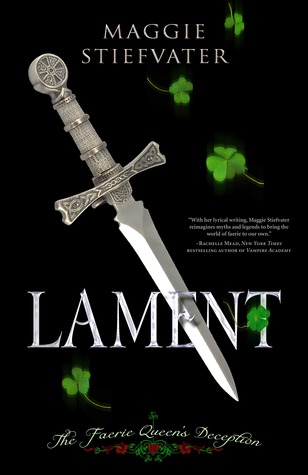 This was unbearable. I've disliked every single Maggie Stiefvater book I've read. They all have basically the same plot: unattainable hot guy falls for incredibly rude "normal" girl who probably worships Billie Eilish and thinks she's so hot and so special. Oh, and there's some danger and magic thrown in. But it's going to take FOREVER to get to it because we've got to really hammer down how awesome and special and amazing the heroine is!!!

Deidre is a "shy" girl who is actually introverted and throws up when she gets nervous and has one friend. She's rude to everyone and sarcastic in a way that the author probably thinks makes her feisty and witty but just makes her seem like a jerk in the exact same way that the heroines of SHIVER and RAVEN BOYS were jerks. By 3% in, I already wanted to punch her in the face. By 17%, I knew this wasn't a book that I wanted to waste my time finishing and I read spoilers written by my friends and OH OF COURSE SHE HAS TWO GUYS WHO ARE BOTH OBSESSED WITH HER, plus her friend. I guess Ms. Not Like Other Girls has to prove how much better she is than other girls by hanging out with all boys, who are of course, superior.

Read this if you like heroines who probably think they're superior to the rest of womankind because all their friends are guys and they have to say something sarcastic about EVERYTHING unless they're staring in dopey-eyed admiration at the love interest who is too gorgeous to function. Apparently I bought this well before I read SHIVER AND RAVEN BOYS (it's been sitting on my Kindle for a while) and learned better. I think Maggie Stiefvater might be the only YA author whose characters I hate more fervently than Sarah J. Maas's. AWFUL. Just awful. Never again.