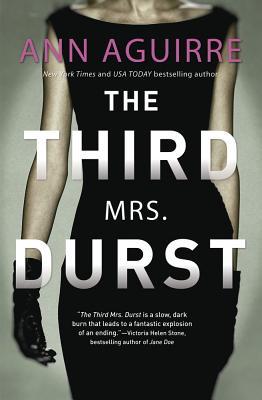 This is like if someone took Halestorm's "Familiar Taste of Poison" and turned it into a book, I swear to God. Why is this book not a thousand times more popular than it is? It's a Cinderella story gone wrong, a Bluebeard retelling, and a fantastic tale of feminist rage, all wrapped into one brilliant, dark-bowed package.

Anyone who enjoys domestic thrillers and old skool 70s gothics will enjoy this book, as it has elements of both. Our heroine, Marlena, comes from a terrible home in the deep South, where her mother is a drug addict and people prey on the weak. She ends up moving to the city where she meets her friend and lover, Jenny, and the two of them end of becoming models. From there, Marlena moves up and up and up, until she catches the eye of a man named Michael Durst.

If you think you know what's going on here, though, you probably don't. Even though Mr. Durst might as well have the word "villain" stamped on his forehead, he's not all that he seems. And neither is Marlena. This book managed to wrangle several startled gasps from me, because it had some twists I didn't see coming.

I wasn't sure whether to rate it four stars or five stars, but after that truly satisfying and wicked ending, I think I'm going to have to go with five stars, rounded up. I just loved the plotting that went into this, and how everything came full circle. I was actually a little wary of picking up THE THIRD MRS. DURST, because people were saying it was really brutal, and while it was brutal, the scenes of violence are tastefully done and aren't lingered on, and as a reader, I was really grateful for that.