Consent: A Memoir by Vanessa Springora 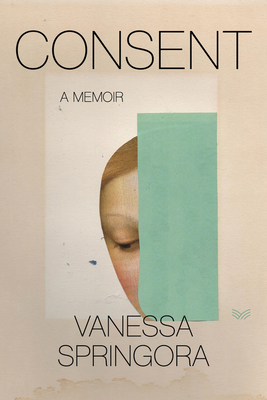 I bought CONSENT on a whim and it's a really tough read. It's the story of a young woman who ended up being a writer's "muse" and lover. She was fourteen and he was in his fifties. I believe this was set in the 80s, in a post "free love" France, and even though under-age relationships were against the law, people looked the other way because the man that she was with was an incredibly famous and well-respected writer. For about a year, he used her as a storyboard for his work, while also taking advantage of her emotionally and sexually, but when he became emotionally abusive and she began to realize the truth of their relationship, she broke things off with effort.

This memoir is Vanessa's revenge. The written word was his pride, and she felt like it would be appropriate to get back at him through words. She writes about how his behavior was a pattern, how people-- authorities, even her own mother-- looked the other way. She writes about her shock when she picked up some of his books and saw casual recollections of his time spent with other children, boys and girls. She writes about the difference between rape and sexual abuse, and talks about how abuse can be much more insidious because the lines are much less clear-cut, and abusers know that and operate in those gray areas like experts. How does one consent to something they know nothing about? Spingora emphasizes the need to protect children from people who knowingly take advantage of a "yes" that is groundless.

It's a powerful memoir, and really well written. There's a sense of melodrama to it that reminds me a little of classic V.C. Andrews books. I can see some people didn't like the writing style but most people seem to think it's because she's trying to recapture the enthusiasm and naivete of youth. If that's what she was doing, I think it works, although the style wasn't to my preference. I admire this #MeToo memoir a lot, though, and I think it's so good that she shared her story. It goes into pretty concrete details about her relationship with G., so if sexual abuse is a trigger for you, I'd suggest avoiding the book because she spares no details about the physical elements of her relationship, or her anxiety/depression and almost PTSD-like symptoms after the breakup, when she began to second-guess herself after all of his stalking and gaslighting.

I can see why this book made waves in France.