Hooked: Food, Free Will, and How the Food Giants Exploit Our Addictions by Michael Moss 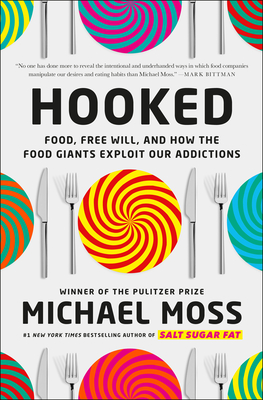 HOOKED started out strong but ended up becoming a kind of pale shadow of SALT SUGAR FAT. It starts out talking about the seeming addictive qualities of fast food and the lack of success people had trying to hold the food industries accountable for them the way the cigarette industry eventually was. From there, it talks about the various mechanisms in our brains and bodies that make salt, sugar, and fat so addictive, and how the changes in the way we obtain and consume food has led to an increase in obesity and heart problems.

I'm kind of surprised the author mentioned Ancel Keys but not John Yudkin. John Yudkin (correctly) stated that sugar was most likely the cause of obesity and heart problems all the way back in the 1950s, but Keys, an agent of Big Sugar, discredited and mocked his research, claiming that it was fat that made people fat, even though fat has been a dietary staple of humans since, basically, forever, whereas sugar-- especially refined sugar-- has only really come about into the food supply in high quantity in the latter half of the 20th century.

This book could have been better but it felt kind of disorganized and incomplete.