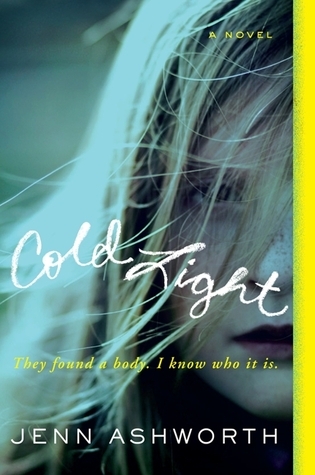 COLD LIGHT came to my attention because of my friend, Heather, who did a BR of this with me. Originally she had given it a five and I was intrigued because I think she has really good taste in books. I was interested in reading this book because it's a really dark coming of age story, and also because it has some truly abysmal ratings on GR (2.95 average, whaaaat?). I was dead curious to find out why this book seemed to be so despised.

If you're familiar with "bad girls with bad secrets" coming of age stories, like WE RUN THE TIDES or WHITE OLEANDER, and enjoy those types of books, I think you'll really like COLD LIGHT. Set in a small UK town called Cuerden, it's about three girls, Lauren/Lola, Emma, and Chloe, and their involvement with an older man. It's dual timeline, sort of, but the bulk of the story is told in the past when the girls are just thirteen.

I am 95% sure that a big part of the reason that this book is so disliked is because all three of the heroines are unlikable. The girls bully each other in a very "mean girls" way, although more often than not, Lauren/Lola ends up being the odd one out. I thought these passages were really well done, and I think it shows how vulnerable teen girls are, because they think they're grown up but they can still have the naivete and poor logic of children, which can sometimes lead to terrible things happening. If anything, this is sort of a cautionary story of what happens when a child is forced to navigate and make sense of the dark world of adults too young.

There's a lot of references to UK-exclusive things and UK slang, and it's told in that rambly, almost stream-of-conscious style that a lot of UK lit had-- or used to have before the books started to become a bit more, idk, Americanized, for lack of a better word. The story made me think of, like, a really dark episode of Midsomer Murders. It has that cheesy, dramatized murder mystery vibe which I really liked. Especially with the pairing of being in a small, insular British town filled with prejudices and biases.

So here's where the book fell a little short for me. The author was mostly pretty good at foreshadowing, but sometimes it felt like she didn't know what she was trying to foreshadow or she had used her clues poorly. I kept expecting certain things to happen, for example, but then they never did. I was disappointed with the narrative end games for Wilson, Carl, and Lauren's dad. The author also felt like she was skimming over important scenes and lingering over not-so-important ones. She could set scenery amazingly, but then she'd get stuck on it and I'd start to skim. The ending felt like a bit of a mess. Until about 45% of the way through the book I thought this would be a 4-5 star read but when I finished it, the narrative had sort of dissolved into a tangle of an unsatisfactory ending.

Overall, I thought this was much better than what most of the critics were saying about it, but it was also painfully easy to put down as a thriller and I wish there had been more emotional stakes. Maybe if Lola/Lauren had a sort of love interest that was parallel to her awareness of her friends' tragedies, kind of like in ROANOKE GIRLS, the angst could have been put to a better target? I also wish things had concluded a little differently between Emma and Chloe. I feel like finishing this book left me with even more questions than I had when I first started. That said, I'd definitely read more from this author. I think she has a really unique writing style and she is so good at conveying certain moods with her words.