The Viking by Marti Talbott 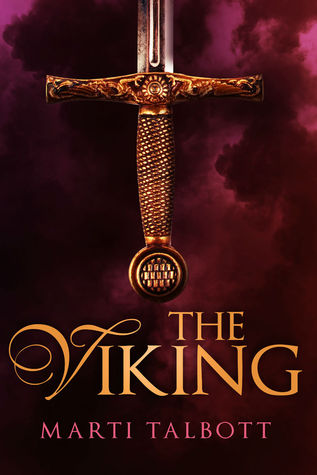 This book is currently free in the Kindle Store.

I love reading challenges - in principle. Actually, it's more of a love-hate thing. I love that sense of completion you get when the challenge is done, and I enjoy "discovering" new books that I wouldn't otherwise pick up. But man, sometimes it forces you to read books in genres you really don't like and for me, stories about vikings are one of those genres. That's when the Kindle Freebie Section makes itself especially useful because I can just look for free books in the genres I need, so I don't have to sacrifice money and pride.

To my surprise, however, THE VIKING is actually a pretty decent story. Stefan is the son of vikings and when they go on a raid to Scotland, all of them are killed except Stefan, who hides and ends up getting adopted by a woman named Jirvel. He lives with her, and her young daughter Kannak, as a surrogate son, and gradually begins to learn the ways of the Macoran clan, all the while biding his time and determining when, if ever, he ought to return home.

One of the best aspects of this book is the drama within the clan. Jirvel was supposed to marry the clan leader (I forget his name) but the Brodies (a nearby clan) invaded on her wedding day, and so to appease the Brodies and stop the war, Laird Macoran agreed to marry Brodie's ugly and nasty daughter, Agnes. He tells several people that the only way he was able to get her with children was to get blind drunk on their wedding night, and that was no consolation because he hates his children, two sociopathic pyromaniacs who enjoy hurting small animals and setting random things on fire. Agnes was my favorite character, because I understood her bitterness, and a sympathetic villain is often the best (and most frightening) kind; she was straight out of a bodice ripper.

I didn't really like the romance between Stefan and Kannak because Kannak was so annoying. I don't really like bratty "strong" heroines, and she reminded me of this really obnoxious heroines in one of Johanna Lindsey's viking romances (I think it was FIRES OF WINTER). Unfortunately, that's a pretty big aspect of the story, so if it annoys you, prepare to have your annoyance prolonged!

Another good part of the story is when Stefan gets sold into slavery because it makes him realize how the vikings weren't as perfect as he thought they were (his clan did a fair amount of enslaving), but also because of the surprise twist at the end of that particular story arc. I saw it coming, but it was still good - although the resolution was a bit "Disney" if you know what I mean.

Overall, though, THE VIKING was a satisfactory read. Definitely one of the better efforts I've dredged out of the freebie section. If you find yourself in need of a viking story for whatever reason, you wouldn't go wrong picking this one. Plus, again - it's free.