WTaFW: Santa Claus Is Going To Town On Me by Marie Lipscomb 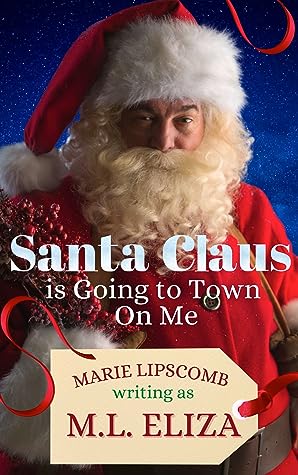 Christmas only comes once a year, but that doesn't mean you have to. And Holly finds that out firsthand when she goes downstairs to confront what she thinks is a burglar, armed with her comically oversize sword, when she realizes that her home intruder is, in fact, The Claus.

So the plot, what little there is, is this: Holly hates Christmas due to childhood trauma. Santa Claus is a Daddy (or a Grandaddy?) himbo who has a German accent, the ability to read minds, and a huge dick. They have sex and he gives her a special sex toy for Christmas that he uses on her. His come tastes like peppermint and he can make it snow while they have sex. He hangs mistletoe over her before eating her out. All that's missing was the glitter, but his come is iridescent, so...

After lots of banging, they get to talking. He fancies up her house and gives her the bathtub of her dreams. There's some surprisingly interesting lore about Santa involving "pocket dimensions" and the limits of Santa's powers. The author really went above and beyond the assignment. I actually teared up a little at the part where we finally find out why Holly hates Christmas. And don't worry about Holly being a ho-ho-homewrecker, because we learn about what happened to Mrs. Claus too.

I wasn't sure what to rate this book because it's kind of pricey for what you get, but it's also leagues better than a lot of the other "bad" erotica I do for this challenge, so a one or a two really didn't seem fair. I guess ultimately I kind of feel like it's a 2.5 rounded up. If cheesy erotica is what you enjoy for laughs, this one delivers on the bad X-rated Santa puns while also being pretty decently written and even a little sweet. I didn't really think it was hot but I enjoyed the story. What. I know, right?