In My Dreams I Hold a Knife by Ashley Winstead 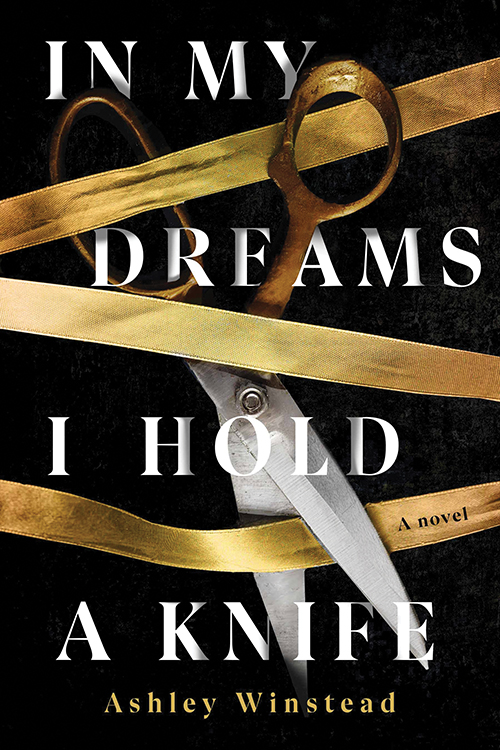 Look at me handing out four and five star ratings left and right. Who even am I? Surely not Nenia, because Nenia is a book snob who is as stingy with her ratings as Ebeneezer Scrooge is with money. Clearly, there are only two possible explanations: either I've been replaced with a pod person version of myself OR I've just been reading some really, really exceptionally amazing books lately.

Anyway, let's talk about THIS book. IN MY DREAMS I HOLD A KNIFE is basically a collection of all my favorite tropes in books. It has a morally grey heroine who may or may not have done something bad. It has a close-knit group of friends who are splintered up by secrets and toxic relationships. It's dark academia. It's a locked room mystery. It's dual timeline. It's a little bit smutty. And, best of all, it has a woman coming back to confront the dark shadows of her past. Hallelujah, the angels are singing.

Jessica was such a great narrator. When she started at Duquette, she felt a lot like the poor relation at a fancy get-together, only to end up with a sort of "Breakfast Club" group of friends: Heather, the rich girl; Mint, the golden boy; Coop, the bad boy; Caro, the good girl; Frankie, the good-natured jock; and Jack, the wild card. Hanging out at the fringe of their relationship is Courtney, who's roommates with Heather, but unlike them, she isn't part of the Seven. The holy, uh, sevenity.

Except... one of them was murdered. And one of the remaining seven probably did it. Which they end up finding out when they go to a class reunion ten years later only to find them all in a "whodunnit" parlor mystery situation. Obviously, when I heard that this was the premise of the book I screamed. I've literally spent most of quarantine watching Midsummer Murders and old episodes of the 1980s Poirot, and this is basically the book equivalent of those things, splashed with a heaping dose of 2000s party culture and Hey, Look at Me NOW I'm Drunk with Power at My Class Reunion energy.

I don't want to say too much more because less is definitely more going in, but this was very nearly a perfect book. I thought the POV swaps in the second half were a bit weird and there were some mild pacing issues, but apart from that I devoured this book like it was a box of savory chocolate truffles.