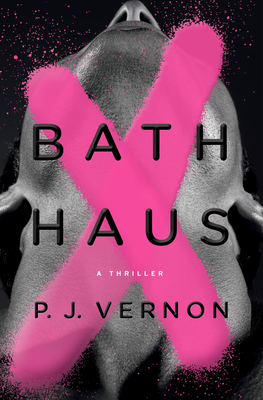 So obviously, I read the whole thing in less than twenty-four hours.

Less is definitely more going into this book because it's essentially constructed upon layers of twists, but there are two narrators: Oliver and Nathan. They are a couple and refer to themselves as husbands even though they haven't been married yet. Nathan is a successful older doctor. Oliver is a recovering addict with an addictive personality and when we meet him in the beginning, he's on the verge of giving in to all of his impulses, meeting a man at a bathhouse to cheat.

Instead of a hook-up, however, the man he meets-- Kristian-- tries to strangle him to death, and Oliver barely escapes with his life. With healing bruises on his throat, he can't hide what happened from his partner, so he constructs a ruse of a story involving a mugging. But Nathan is suspicious and Kristian-- well, Kristian wants to finish what he started. And suddenly, everything becomes incredibly complicated.

I really liked the pacing of this book. It got a little slow in the third act but it was still REALLY good. Oliver is a very sympathetic antihero. He makes terrible choices but he's also been through a lot, so even though some of the things he did made me cringe, I felt really sorry for him. Nathan, on the other hand, is a total cypher, and acts as a foil for Oliver's more neurotic personality. It was interesting to see the plot move through his eyes, but honestly, Oliver was the real star of the show.

Anyone who likes those gritty/edgy thrillers that are so on-trend right now will love this book. It's honestly one of my favorite tropes, and I really enjoyed seeing P.J. Vernon's LGBT+ take on it. 10/10 would read more from this author in a heartbeat.