The Initial Insult by Mindy McGinnis 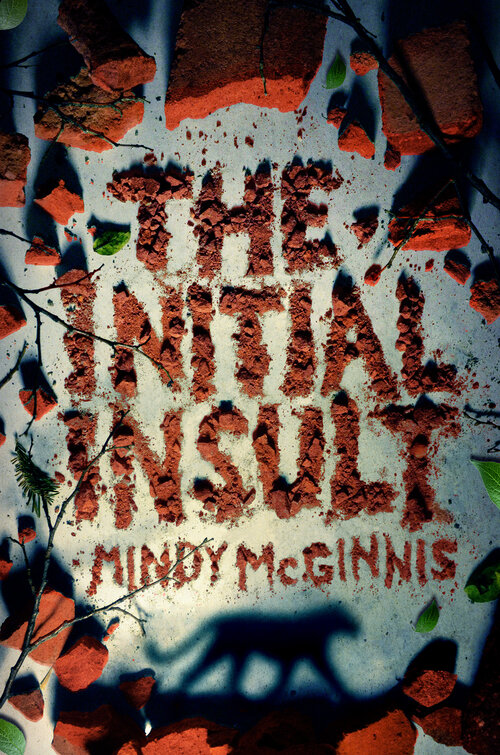 THE INITIAL INSULT has been chilling on my Kindle for a while but I never actually got around to reading it until now. Apparently it's a retelling of The Cask of Amontillado but there's all sorts of other Poe references too. Set in an Ohio town where last names are everything and reputations are built on decades of heritage and clout, it's told in alternating POVs from two ex-friends, Felicity and Tress.

Tress wants to know what happened to her parents, who went missing the night they took Felicity home from a sleepover and ended up in a wreck. Since then, she's tumbled from being the daughter of one of the town founders to being a cast off, living with her grandfather on the outskirts of town, selling drugs for money and helping to run his illicit zoo. Felicity, on the other hand, despite being "new money," is reaping the rewards of being in the center of the social scene. Life seems pretty good until they meet again at a party and Felicity ends up locked in a basement, with her friend slowly building her tomb brick by brick.

There are so many secrets in this book and it is DARK. The pacing is excellent and kept me turning the pages, wanting to find out how their friendship fell apart and what really happened to Tress's parents, all the while being saturated in this sort of Gothic small-town setting where everything is politics. In some ways, this was like a checklist of some of my favorite tropes and it could have easily been a five-star read for me, but there were a few things I didn't really like. (1) The lack of closure (although since this is a duology, I get it, I just don't like it) and (2) Giving the animals its own POV and having it be in poetry. That just felt a bit too gimmicky for me and it pulled me out of the narrative.

This is a pretty solid book, though. Nobody can write female antiheroes like Mindy McGinnis.