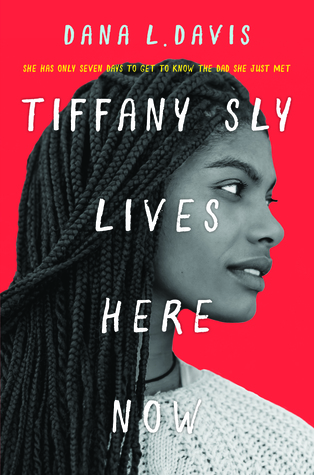 If I had realized this was written by the same author who wrote THE VOICE IN MY HEAD, I probably wouldn't have bought it because I don't generally re-buy books from authors when their narrative style doesn't really meld with what I want and TViMH had an age-inappropriate/immature and flippant voice than what I usually look for, especially given the gravitas of the subject matter. Which is my personal preference (and your mileage may vary). But this book was on sale and the blurb sounded a w e s o m e, and I bought it, so here we are.

I can't speak to the Black rep at all, so I won't be touching that. As I did with TViMH, I found the tone a little all over the place and once again, wasn't happy with the mental health rep. As someone who has both anxiety and OCD, I found the portrayal of Tiffany's disorder cartoonish, but she has a different subset of OCD than mine-- it seems like hers are more geared towards rigid order and invasive thoughts, and mine is obsessive thoughts and compulsive checking (yay), so if you find that this character speaks to you and represents you, that's great.

There were a couple things in the text that made me side-eye the character but I couldn't figure out if it was the author representing the character's own internalized biases that are a reflection of the ones that are mired in the infrastructure of society and a byproduct of being raised in that kind of environment (in otherwise, totes valid) or if it was an oversight. I figured it was the former, since I prefer to give the BOTD and also because of the MC's age and circumstances, but I noticed a couple #OwnVoices reviewers had some issues with the rep, so I guess read the TWs if that's an issue for you.

Sadly, I don't think I'll be reading any more of this author's books. Her style is inconsistent with mine but if you like one of her books, you'll probably like all of them because of that selfsame consistency!