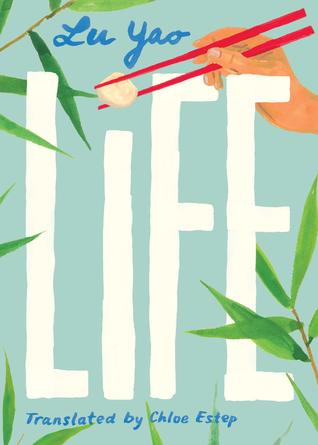 I've been on a literary fiction kick and while looking through my Kindle and trying to decide my next read, I came across Lu Yao's LIFE. Set in China during the 1980s, an incredible period of flux in terms of cultural and industrial development, this book revolves around the life of Gao Jialin. Jialin has just been fired from his job because of nepotism-- one of the village bigwigs needed his cushy teaching position for his own son-- and has returned to his parents to the drudgery of being a peasant, filled with grudging resentment.

Opportunity presents itself, though, in mysterious ways, and soon Jialin finds himself on the path he dreamed for himself once more: working at a prestigious position in the county seat, rekindling his old relationship with a past flame. Torn between two women representing drastically different styles of life, Jialin is not really sure whether his heart lies with the hard-working and diligent peasant girl, Qiaozhen, or the spoiled city girl, Yaping.

Like Russian literature, a lot of the Chinese literature I've read has been both epic and depressing, so I spent the whole book waiting for the shoe to drop. Which it did, although not as viciously as I expected. 90% of this book is about the complex interactions and relationships between people, and the tension between the old ways and the new, which might not be your cup of tea, since it's almost entirely character-driven, but I found it fascinating. Maybe it's because, even though this book could be gloomy, it never felt like it was without hope. I did feel like maybe Jialin was being punished for his hubris... but not at the cost of potential redemption.

Anyone who enjoys learning about other cultures and big epics will enjoy this book, I think. Apparently the author only wrote two books before dying relatively young, and this was one of them. The translation is very good (in that it flows smoothly and doesn't even really feel like a translated book at all) and it's about such an interesting time period. I'm glad I picked this up for World Book Day!