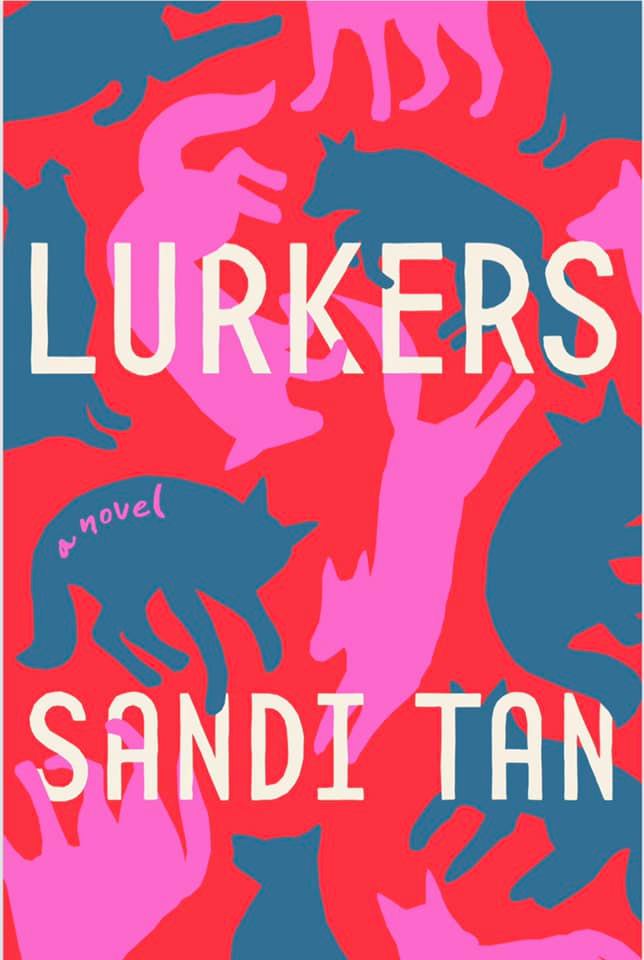 I'm honestly shocked this has such low ratings from advanced reviews because I couldn't put it down-- I read it in a single sitting. LURKERS made me realize that one of my all-time favorite tropes in literary fiction is when an author writes an intimate portrait about a dysfunctional bedroom community, where you, the reader, get to vicariously enjoy the dark secrets and troubled histories of the inhabitants of an isolated microcosm and how their interactions are shaped by one another and overlap in mysterious ways. It's honestly so fascinating to me, kind of like watching a human ant farm. Maybe "enjoy" is the wrong word, though. Maybe engrossed might be better. Emphasis on the gross.

LURKERS is dark. It's apparent from the first chapter that these characters are not happy people. There's a pretty big cast but the main characters are the Park family, a family of Korean immigrants consisting of husband, wife, and two teen daughters, Rosemary and Mira; the Ireland family, Mary-Sue, an ex-San Franciscan, and the Vietnamese daughter she adopted during the war; and Raymond, an author of pretentious horror fiction, and delightfully affected. All of them are looking for something, and in their idealistic little town of Alta Vista, filled with Craftsman cottages and the comfortably and not so comfortably middle class, none of them are finding it. I think that's why this book is called LURKERS. The characters drift and sneak around, presenting one face to the world, while stealthily leaving small breadcrumbs of their personalities behind.

There isn't really a plot for this book; it's almost entirely character-driven. Some of the major triggers are for death, depression, and grief; grooming behavior; underage sex; violence; and portrayals of racism. I don't think any of the bad stuff was romanticized and to me, it felt like the content was included to give nuance to situations or characters, rather than to excuse or exculpate. That said, this isn't a book for the pearl-clutchers. This isn't a feel-good domestic drama where even the bad things that happen are very cut and dry and result in satisfying consequences, such as BIG LITTLE LIES. I think some people only feel comfortable with reading about bad things in fiction if it ends up being a kind of morality play, with clear-cut consequences. This is not that. This is a literary work that seems to be a largely experimental character study that does a deep-dive into what motivates people to do what they do, and how their actions change them for better or worse, and while I found it compelling, looking at some of the other reviews, it seems like that gray area lost a lot of readers who maybe didn't get it or felt uncomfortable with the content that such nuance was either unappreciated or lost. Which is totally fair, but I think that explains why this book has such mixed reception: it appeals to a niche audience.

I would say if you enjoyed books like Rick Moody's THE ICE STORM and Tom Perrotta's ELECTION, you will enjoy LURKERS, as it seems to have been written in that same vein. I could see this becoming a popular indie movie with good actors-- you know, the kind that people cringe-watch and attracts A-listers who want to break out of type-casting with a "serious" and edgy first role.